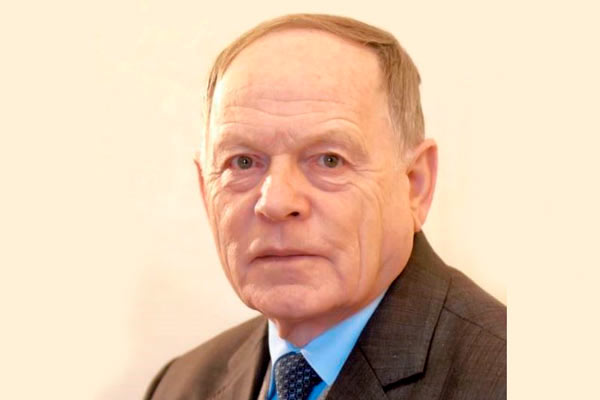 Nikolay Bambalov, academician of the NAS of Belarus, a famous scientist in the field of geochemistry, soil and swamp ecology, Doctor of Agricultural Sciences, Professor, Senior Research Associate of the Institute for Environmental Management of the NAS of Belarus, passed away unexpectedly on the 2nd of June, 2020, one day before his 82nd birthday.

Due to the unfavourable epidemiological situation, a limited number of people will attend the farewell ceremony for Nikolay Bambalov. The memorial service will be held on the 4th of June at 5 p.m. at the Vostochnoye cemetery in Minsk.

Nikolay Bambalov studied swamps, mineralization processes and transformation of peat-bog soil organic substances, developed ways and methods of biosphere-compatible use of natural resources, soils and swamps for his whole life.

Nikolay Bambalov was born on the 3rd of June, 1938, in Shatalovo village, Smolensk region. In 1961, he graduated from the Belarusian Agricultural Academy. In 1962, he started employment with the Institute of Peat which later was transformed into the Institute for Problems of Natural Resources Use and Ecology, and later – into the Institute for Environmental Management of the NAS of Belarus. There, he completed postgraduate studies and worked as an engineer, junior and senior research associate. In 1968, Nikolay Bambalov defended a thesis for the degree of Candidate of chemical sciences. The thesis topic was “Changes of physical and chemical properties of humic acids during peat humification process”. In 1976, he was appointed as a head of laboratory of peat and sapropelic deposits, peat and sapropel genesis. In 1985, Nikolay Bambalov gained an academic degree of the doctor of agricultural sciences for thesis “Mineralization and transformation of organic substance of reclaimed peat soils during agricultural use”.

In 1989, Nikolay Bambalov became a corresponding member, and in 1994 – an academician of the NAS of Belarus. In 2013, he was named for the professorship.

Among the scientific achievements of Nikolay Bambalov, the first thing that should be noted is development of theory of organic substance decomposition and humification in swamp environment of various origin. General patterns of mineralization and transformation of the soil organic substances detected interrelations between ecological conditions of soil formation, chemical composition, molecular structure of organic compounds and mineralization rate were taken as a basis for this theory.

Based on peat soil genesis and swamp biospheric functions, Nikolay Bambalov distinguished ecologo-genetic groups of peat soils and developed differentiated methods of their use and preservation. This provides preservation of the organic substance in soils and prevention of contamination of air basin, surface and underground water with soil destruction products.

He determined characteristics of biogeochemical cycles of carbon and nitrogen in soils and swamps and proved that the swamps fulfil an intermedium function in biogenic and geological cycling of these elements.

Nikolay Bambalov developed the scientific basis for a new branch of science and economy – swamp studies. He was a founder and leader of scientific school “Biogeochemistry of swamps and peat deposits” having a leading position in swamp ecosystem studies.

International activities of Nikolay Bambalov were related, first of all, with the IV Commission of International Peat Society “Physical, chemical and biological properties of peat” the head of which he was for two consecutive terms in 2000 – 2008.

Nikolay Bambalov published more than 550 scientific papers, including 5 monographs and 9 brochures. He obtained 25 certificates of authorship and patents for inventions and trained 12 candidates of sciences.