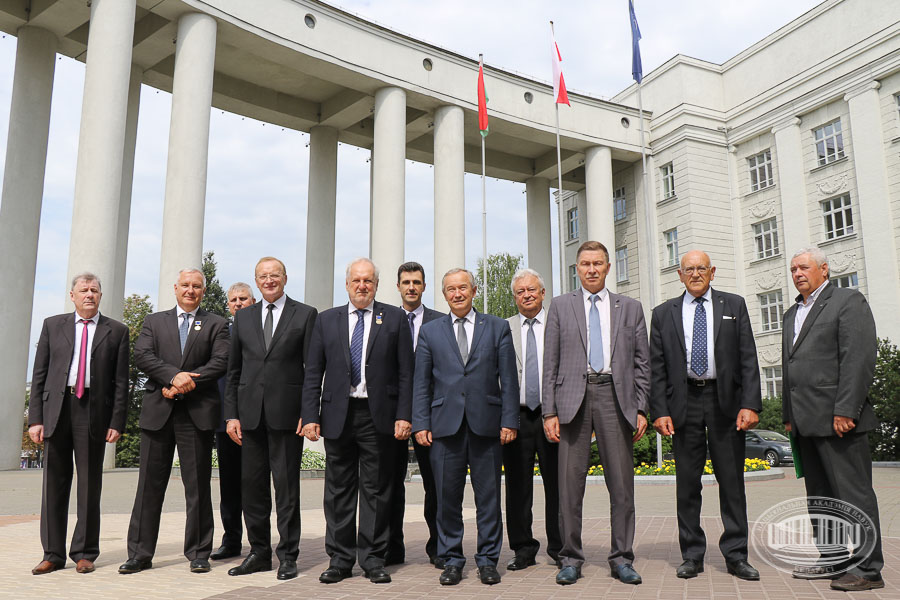 Visit of delegation from Polish Academy of Sciences

According to Vladimir Gusakov, the National Academy of Sciences of Belarus emphasizes the cooperation with the Republic of Poland which has a significant scientific and economic potential. The Republic of Belarus has developed with Poland strong relations in all spheres, including scientific and technical. “The creation of a joint permanent body, the Inter-Academic Council, will quickly solve current and pressing problems. Today, Belarusian and Polish scientists jointly participate in international exhibitions of scientific and technical achievements, and regularly hold joint international forums and conferences. Our scientists carry out joint scientific and technical projects important for the economy of Poland and Belarus. However, the potential of scientists of the two countries has not been fully realized," Vladimir Gusakov said.

In turn, the President of the Polish Academy of Sciences Jerzy Duszynski stressed that contact with Belarusian scientific organizations is a priority for Polish researchers. It is important to solve the common problems facing our countries. First of all, it concerns the preservation of Belovezhskaya Pushcha, which is a national treasure of Belarus and Poland. Climate change is also an important issue. Following the meeting, it was decided that the Inter-Academic Council of the NAS of Belarus and PAN will primarily deal with the conservation of flora and fauna of Belovezhskaya Pushcha, as well as climate change issues. In the future, other problems will be solved that will allow expanding mutually beneficial cooperation between Polish and Belarusian scientific organizations. At the meeting of the Presidium of the NAS of Belarus, the heads of the two academies noted the significant potential for the development of bilateral cooperation in various fields of science, discussed the initiation and implementation of joint Belarusian-Polish projects within the framework of the EU Horizon 2020 framework program for science and innovation and the feasibility of annual joint events.

A protocol will be signed on the visit.