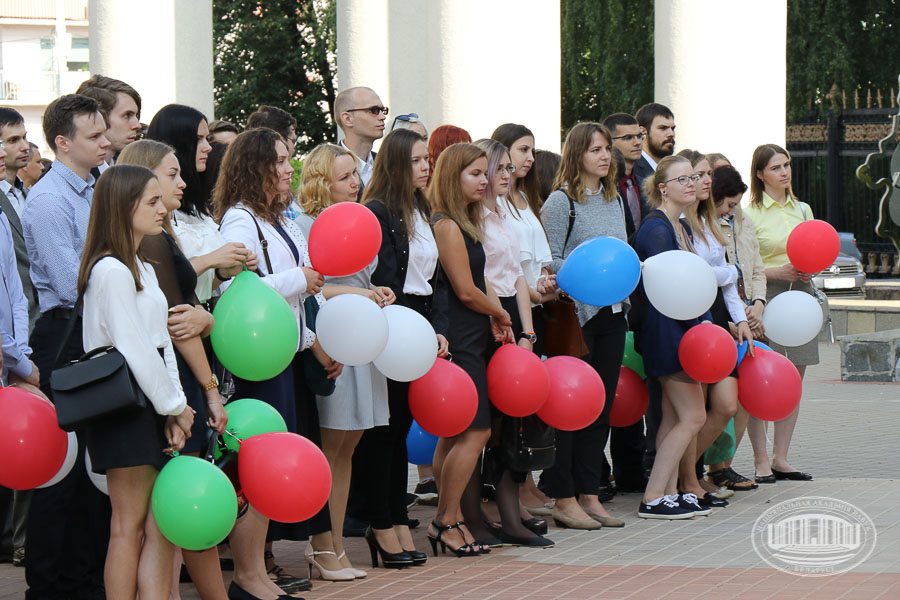 In his welcoming speech to the udergraduates, Chairman of the NASB Presidium Vladimir Gusakov emphasized that the NAS of Belarus had created necessary conditions for successful research. According to him, all undergraduates and graduate students, as well as young researchers are provided with housing. Various sports and mass cultural events are held annually. In recent years, the Council of Young Scientists has significantly intensified its activities. Currently, the Council unites more than 2500 young scientists of the Academy of Sciences under the age of 35 who are engaged in research activities, and it makes up more than 25% of the total number of researchers. There are opportunities for the active participation of young scientists in various projects and grants, for example the youth competition “100 Talents of the NAS of Belarus” was established. Vladimir Gusakov also assured that talented young researchers would find support in their endeavors. “Today, the National Academy of Sciences of Belarus has everything necessary not only for the organization of scientific research, but also for obtaining a high-quality education due to the wide use of modern educational technologies, the development of the material base and innovative projects,” said Vladimir Gusakov.