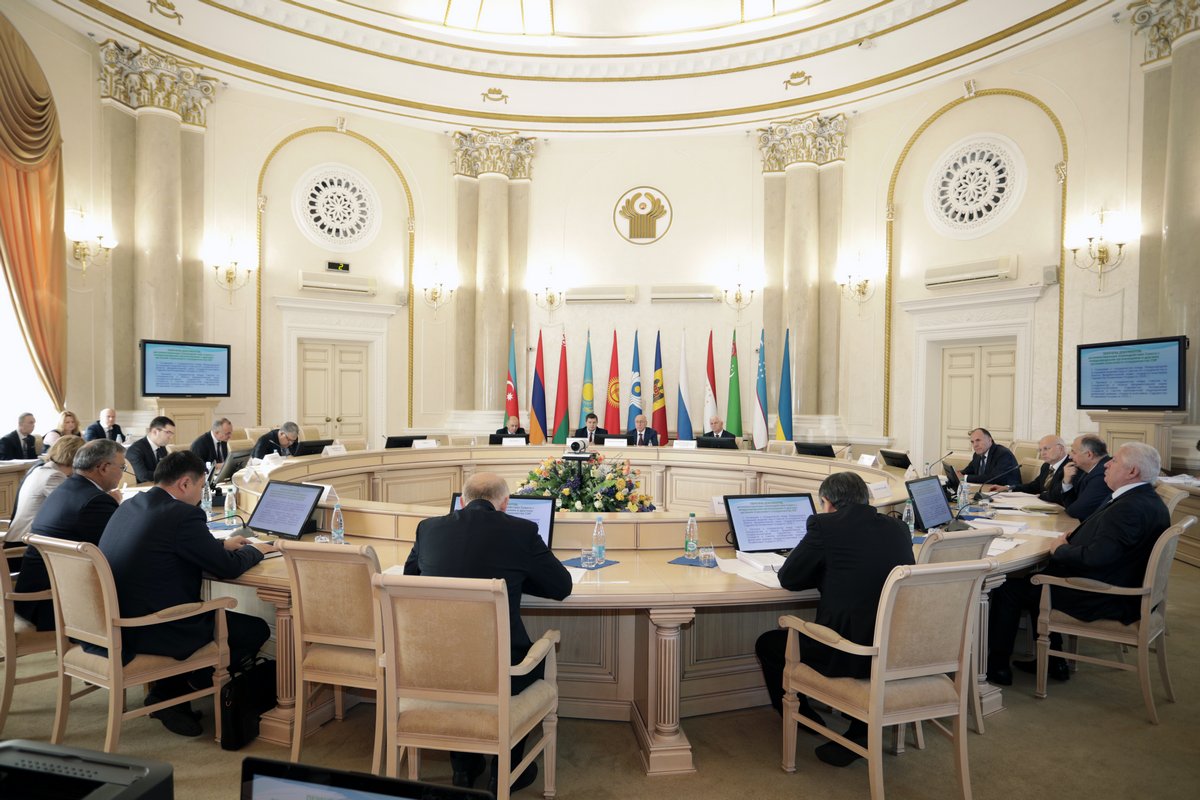 Deputy Chairman of the NASB Presidium Sergey Kilin took part in the regular meeting of the Council of CIS Permanent Plenipotentiary Representatives of the CIS Member Nations at the Statutory and Other Bodies of the Commonwealth chaired by the Ambassador of Uzbekistan, Ambassador Extraordinary and Plenipotentiary of the Republic of Uzbekistan to the Republic of Belarus Nasirjan Yusupov.

CIS Permanent Plenipotentiary Representatives discussed the activities the CIS Council for cooperation in fundamental science. That was the first agenda item of the Council’s meeting. Sergey Kilin, member of the Council, Deputy Chairman of the Presidium of the National Academy of Sciences of Belarus, presented details on the Council’s work.

The Council was established in 2012 to prepare proposals for formulating and implementing interstate programs and projects, to improve the legislative framework applying to fundamental science. The Council works closely with the national academies of sciences and organizations working in the field of the fundamental science of the CIS countries, as well as with CIS industry cooperation bodies, the CIS Executive Committee, public authorities of the CIS member states, and other organizations carrying out fundamental research.

Summing up his speech, Sergey Kilin noted that the regulatory and legal documents prepared and recommended by the Council are aimed at harmonizing the legal framework for cooperation in the field of fundamental and applied research, developing interstate cooperation in the scientific and innovative fields, mobilizing and developing scientific and technological potential in the CIS countries, the effective use of innovative infrastructure and the creation of a generation model, dissemination and use of knowledge and innovations in all areas of development of the CIS member states, the formation in the long term of a new zone of world technological leadership in the CIS space.

Having discussed the presented information, the permanent plenipotentiary representatives noted the significant role of the Council for cooperation in the field of the fundamental science of the CIS member states in maintaining and developing the common scientific space of the Commonwealth, deepening and diversifying integration cooperation of scientific organizations of the states. The Council was recommended, in particular, to continue work on formulating and implementing interstate programs and promising scientific projects in priority areas of cooperation in the field of fundamental science, to work out issues of their financing, to facilitate the speedy completion of domestic procedures necessary for the entry into force of the Agreement on the Coordination of Interstate Relations in the field of fundamental research, as well as continue working with interested CIS countries on the establishment of the Interstate Fund for Scientific Research of the CIS member states.