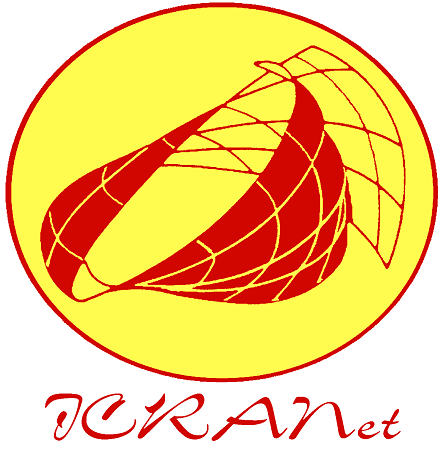 On 3 October 2019, the Astrophysical Journal will publish an article by ICRANet group which presents the results of gamma-ray burst study GRB 190114C.

This is the first gamma-ray burst recorded by the MAGIC observatory in the hard gamma range of energies above 100 GeV. In a new paper, the ICRANet researchers showed that this gamma-ray burst is also unique in that its signal recorded an "echo" of a black hole formation. In the model developed by this group, gamma-ray bursts occur in a close binary star system. One component of the system explodes as a supernova, and the other, which is a neutron star, simultaneously accretes enough mass to turn into a black hole. As a result of the formation of a black hole, a powerful explosion occurs, observed at cosmological distances as a gamma-ray burst. The presence of a supernova shell near a newborn black hole causes the signal from this shell to be reflected. This reflected signal was recorded by the Swift and Fermi space observatories.

The ICRANet branch was opened in Minsk at the National Academy of Sciences of Belarus in 2017. The branch employees take an active part in ICRANet work, undergo internships in other centres of the organization, and also publish the results of joint research in leading scientific journals. Joint research by Belarusian scientists and ICRANet researchers has been supported by the Belarusian Republican Foundation for Fundamental Research as part of a joint program with ICRANet since 2019.