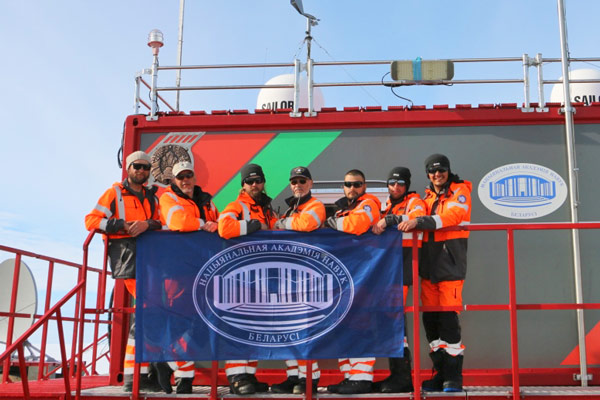 The expedition has already done some work following scientific programs. Thus, a weather station M-49M has been deployed in line with the scientific program on researching environmental changes and the climate in Enderby Land under the anthropogenic and natural factors. Weather reports and meteorological observations are regularly shared with foreign Antarctic stations as well as the Antarctic Logistics Center International (ALCI) in Cape Town to enable flights inside Antarctica. The expedition has also equipped the snow-measuring post and started to monitor the snow cover depth.

The explorers also carried out a complex of works on further deployment of life support systems.

The 12th BAE's members are healthy. The Belarusian Antarctic station has the necessary stockpiles of fuel, food and medications. Instruments for scientific research, life support systems, means of transportation and communications are fully operational.