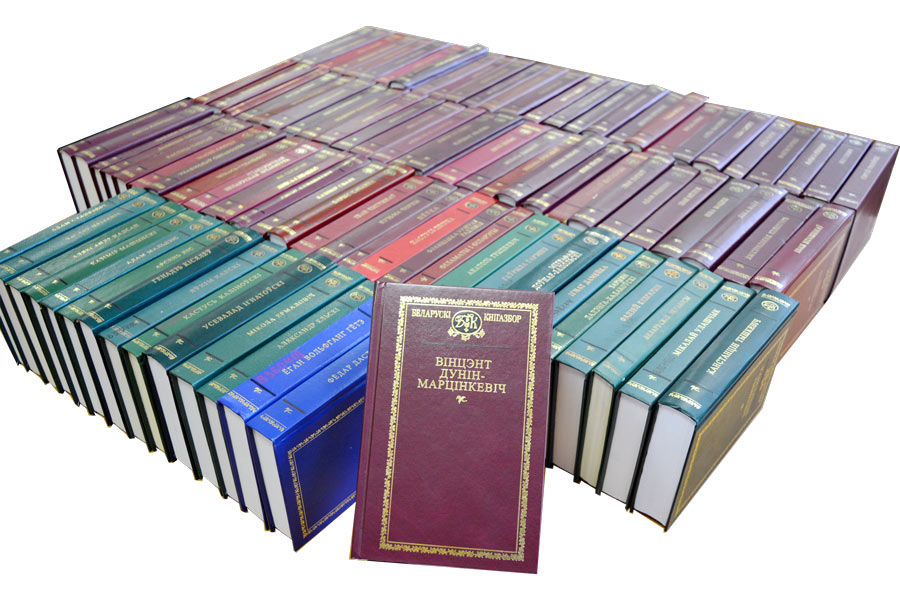 On 13 December 2019, a presentation of the 100-volume unique book project “Belaruski knigazbor” provided the best works of fiction, Belarusian literature and history will be held at the National Academy of Sciences of Belarus. The event venue: Independence Ave., 66, room 216 (beginning at 14:00). The first volume (Yan Chachot’s selected works) was published in 1996. The hundredth volume (Vincent Dunin-Martsinkyevich’s selected works) was released in October 2019.

The series of books was developed at the Yanka Kupala Institute of Literary Studies, the National Academy of Sciences of Belarus. The original author of the project and the editor-in-chief is the Belarusian writer, folklorist, translator and literary critic K. A. Tsvirko. “Belarusian Knigazbor” includes three series: fiction, early historical and literary works and translations of foreign classics. The most significant is the series of fiction (77 volumes). Since 2008, the academic publishing house “Belaruskaya Navuka” joined the project. Almost three and a half dozen books were published thanks to this cooperation. Among them are “Belarusian Chronicles”, “Belarusian Ancient Literature”, “Belarusians” by Yakhim Karsky, selected works by Urszula Radziwill, Frantisek Bogushevich, Yanka Kupala, Yakub Kolas, Maxim Bogdanovich, Kuzma Chorny, Vasil Bykov, Ivan Melezh, Vladimir Korotkevich and others which make up the golden fund of national literature. The original and no less valuable part of the project was the translation into Belarusian of works by Johann Wolfgang Goethe and Fyodor Dostoevsky.

National culture is essential for the development of society and the spiritual revival of any nation. During the long history of its existence, the Belarusian people have created original literature, one of the richest in the world.

“Belaruski knigazbor” is a real storehouse of the best works of national literature. The book project has received fame, recognition and appreciation not only in Belarus but far beyond its borders.