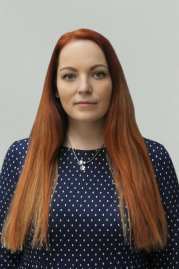 Scientific and technical foundations of electrochemical synthesis of amorphous and crystalline films and coatings with a wide range of physical, technical and applied properties have been developed. Effect of organic additives on the synthesis of bismuth films has been experimentally studied, regularities for the change in their microstructure, phase composition, physical and functional properties in the conditions of electrochemical deposition have been defined (it’s the first scientific attempt in this field) studied for the first time. Technology of composite materials formation based on tungsten has been developed. Correlation between the phase and chemical composition of composite materials and the screening shielding efficiency of ionizing radiation has been determined. Findings enabled to perfect the technology for the development of highly efficient radiation screening shielding for semiconductor devices from the action influence of electrons, protons and high-energy particles of the Earth's radiation belt. In particular, the results were introduced and used in a number of technological processes in the production of specialized packages of semiconductor devices with increased radiation resistance (JSC “Integral”, JSC “Testpribor”, Moscow). Work has been carried out on the synthesis and study of the morphology, structure, magnetic and electrical properties of complex iron oxides (hexagonal ferrites) and magnetic composite materials based on nickel, iron and cobalt, embedded in an anodic aluminum oxide matrix.

Laureate of the Scholarship of the Belarus President for students (2014) and graduate students (2018), laureate of the Academician Zh.I. Alferova Prize for young scientists of the National Academy of Sciences of Belarus (2019), Scholar of the World Federation of Scientists (2019).