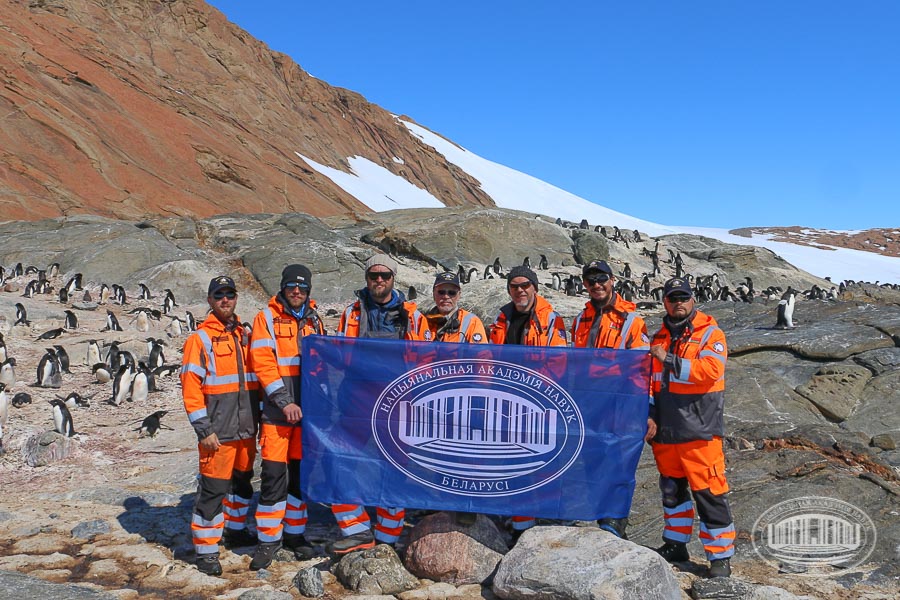 Alexey Gaydashov sent congratulations on the Day of Science to all scientists of the country on behalf of participants of the 12th Belarusian Antarctic Expedition.

The team of the 12th Belarusian Antarctic Expedition congratulates of scientists of the Republic of Belarus on the professional holiday - the Day of the Belarusian Science! It is remarkable that this day coincides with the 200th anniversary of the Antarctic Continent discovery!

In the year of anniversary of the Antarctic Continent discovery, we have to pass the test for Polar maturity: to pass the first stage for status approval of the Consultative part of Antarctic Contract with dignity; to start implementation of a significant national project – all-year wintering, first in history of the Republic of Belarus; to establish the next scheduled five-year stage of the National Polar Program.

Implementation of project of such a scale and level can be performed only by the country that pursues the consistent policy of peace and consent, cares for perspectives of its dynamic development and progress, and has a rich scientific potential and hard-working people!

We stay with your - with our hearts, intentions and actions. We are directed at obtaining of new knowledge about the Earth, preparation of the Belarusian research station for 2020-2021 wintering, first in the history of our country, for the benefit of the Republic of Belarus and world scientific progress!