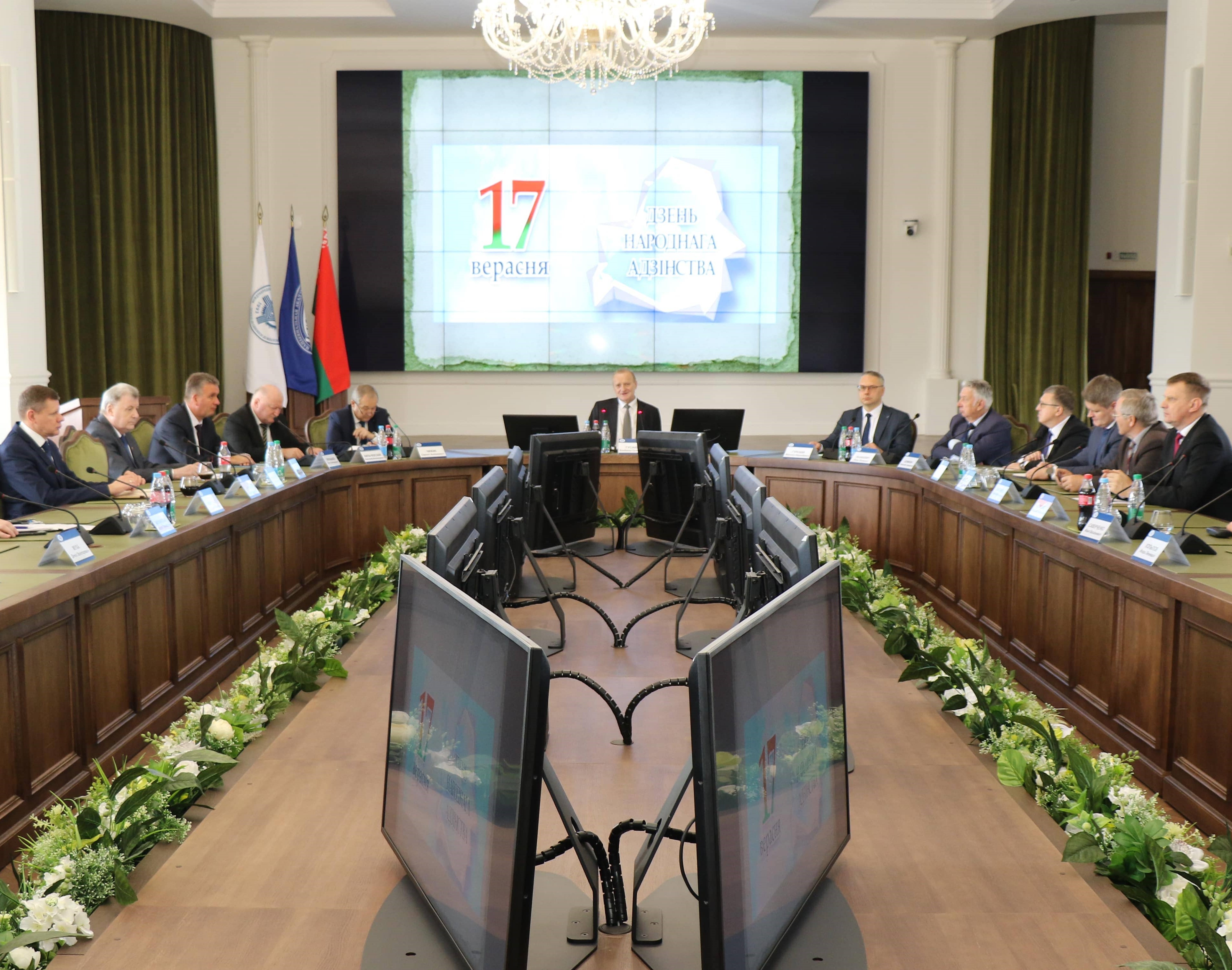 During the round table, the scientists raised the topics of the importance of the reunification of the Belarusian people in the history of the Belarusian statehood, the further socio-economic, social and cultural development of the Belarusian people. The forum gave a historical assessment of the historical prerequisites for the formation of the modern economic model of Belarus, highlighted the results of the recent sociological research by the scientists, which analyzed the attitude of the inhabitants of modern Belarus to the values that unite us.