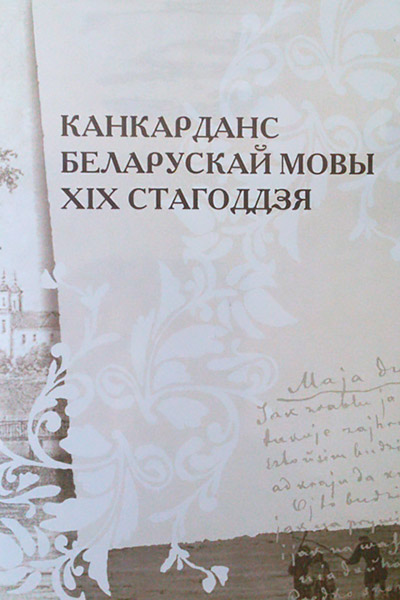 On March 10 at 3:00 p.m. there will be a presentation of an electronic edition of the Concordance of the Belarusian Language of the 19th Century in the Yakub Kolas Central Scientific Library of the NAS of Belarus (Мinsk, Surganov str., 15).

The Concordance is a unique lexicographic guide which has been released by the publishing house "Belarusian Science." The author of the project is a researcher at the Slavic and Theoretical Linguistics Section of the Yakub Kolas Institute of Linguistics N.M. Senkevich.

The Concordance of the 19th century Belarusian language is the first fundamental project of this type in national linguistics. This is a set of dictionaries compiled on basis of a text corpus, which is, in its turn, based on all works of fiction of the 19th century. All the texts are given as close as possible to the original form. The structure of the Concordance includes the Concordance itself in which every use of a word in a text is accompanied by a text illustration and information about its frequency and location, 6 frequency dictionaries, word pointer and reverse dictionary. Lists of texts in the Concordance represent a systematized bibliography of literature in the Belarusian language of the period.