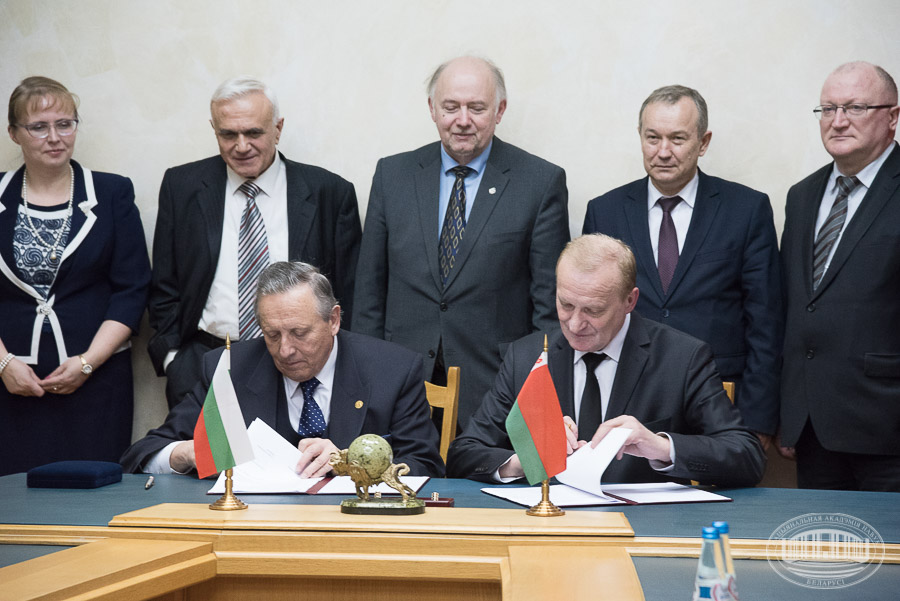 Vladimir Gusakov noted that scientists of both countries are united by long historical relations and, in this regard, mentioned great prospects for advancing cooperation between Bulgarian and Belarusian scientists. In his opinion, they should have common projects and should share the best practices more often. Vladimir Gusakov also intended to suggest advancing interaction in agribusiness, mechanical engineering, materials science, chemistry, biology and pharmaceutics.

As a result of negotiations a protocol to the agreement on scientific cooperation in 2016-2018 was signed. Visit of the President of the Bulgarian Academy of Sciences Stefan Vodenicharov will continue until April 16, 2016.