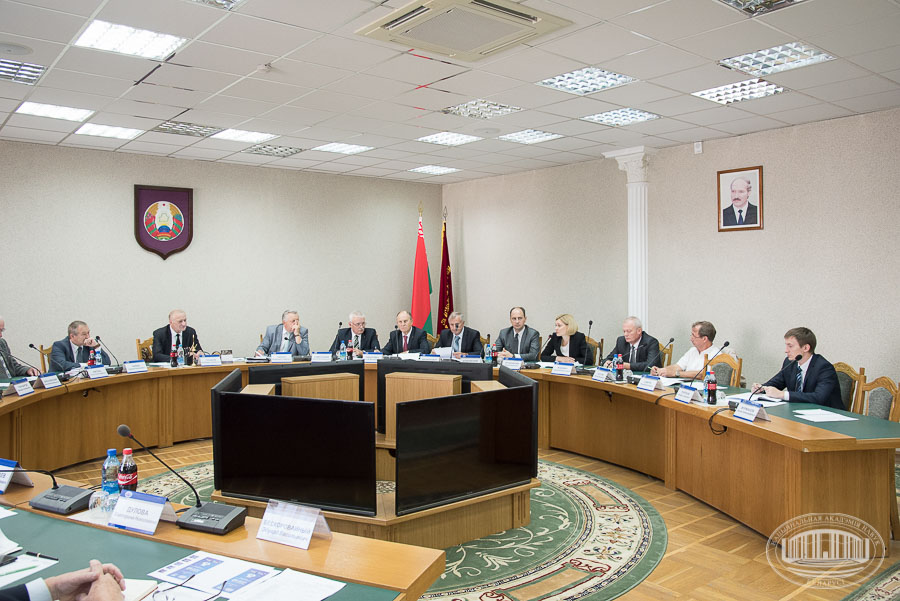 NAS of Belarus holds meeting of organizing committee on preparation and holding International scientific and practical conference "25 Years of the Commonwealth of Independent States: Results and Prospects"

On August 31, 2016 the NAS of Belarus held the third meeting of the organizing committee on preparation and holding the International scientific and practical conference "25 Years of the Commonwealth of Independent States: Results and Prospects". The Chairman of the NASB Presidium Vladimir Gusakov and the First Deputy Chairman of the Executive Committee, Executive Secretary of the CIS Vladimir Garkun participated in the meeting.

The organizing committee discussed in detail organizational and financial issues of the preparation for the Conference, as well as issues concerning plenary session, sections and subsections, summing up the Conference outcomes and adoption of the outcome document of the Conference, and also cultural program for the participants. According to the Chairman of the NASB Presidium Vladimir Gusakov, the NASB has already fulfilled a number of organizational activities in preparation for the forthcoming forum.

The conference will host a meeting of the Council of the International Association of Academies of Sciences (IAAS) and a meeting of the Consultative Council of IAAS on issues of intellectual property protection and technologies transfer. Heads and leading scientists of Academies of Sciences will discuss perspective directions of mutually beneficial cooperation.