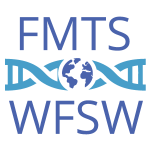 86th Meeting of Executive Committee of World Federation of Scientific Workers to be held on September 19-23, 2016 in Minsk

On September 19-23, 2016 the 86th Meeting of the Executive Committee of the World Federation of Scientific Workers will be held in Minsk. The event will bring together leading scientists from France, China, Portugal, Japan, Russia and other countries. "Climate Change: the Role of Alternative Energy" will be the main theme of the scientific symposium, which will take place in the framework of the event. The topics to be discussed are as follows: trends in climate change, the development of scenarios of sustainable development of power systems, combining terrestrial and satellite remote sensing for monitoring the transboundary transport of pollutants in the Eastern European region. A Round table and a scientific discussion will be devoted to the climate change and alternative energy.

The venue is Minsk, 66 Independence Avenue.

For reference. World Federation of Scientific Workers, WFSW is an international non-governmental organization that brings together scientists, teachers, engineers and technicians from 18 countries, including France, Russia, the USA, China and others. WFSW was founded in 1946,the winner of the Nobel Prize in Chemistry Frederic Joliot-Curie was its first President. The Federation is an official partner of UNESCO representing interests of researchers and taking initiatives on climate change, energy, availability of drinking water and disarmament.