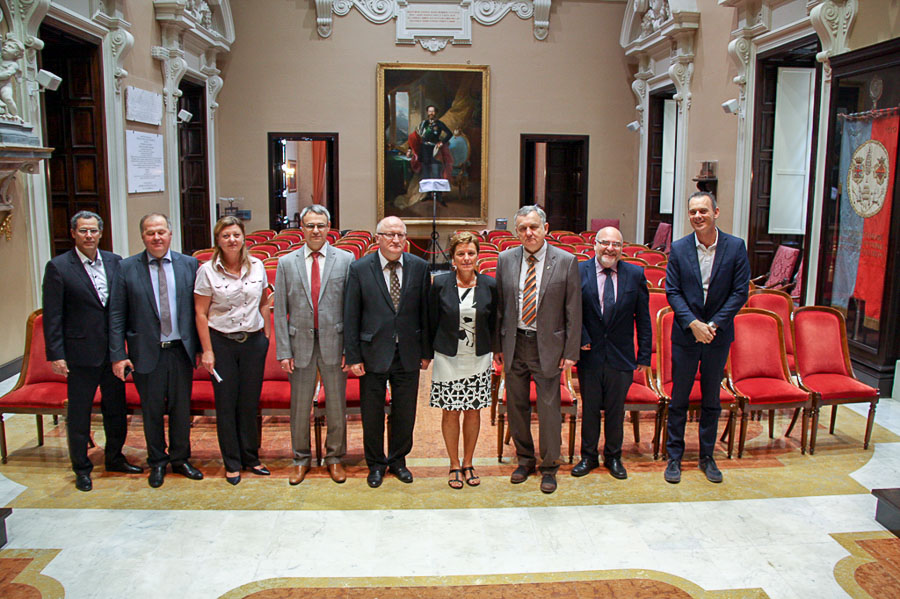 Cooperation Forum "Sardinia - Belarus" in the aerospace, high technology and scientific research was held in Cagliari (Italy) on October 6-8, 2016. The representatives of the National Academy of Sciences of Belarus as part of the Belarusian delegation participated in this event. The forum was held within the framework of the 4th exhibition of innovative technologies of Sardinia (Sinnova 2016), where the innovative developments of the Italian region were presented. During the visit a meeting with the Head of Sardinia region President Administration was held.

An important part of the Cooperation Forum "Sardinia - Belarus" was devoted to developments in the field of high technologies. Cooperation agreements on scientific researches were signed between the University of Cagliari (one of the oldest in Italy) and the National Academy of Sciences of Belarus.

The Director of UE "Geoinformation Systems" Sergey Zolotoy held talks on cooperation in the aerospace field between the Academy of Sciences and Sardinia Aerospace Consortium. As a result of the talks a protocol on cooperation in this area was signed.

Considering the possibility of concluding agreements with the University of Sassari, the Belarusian side has already submitted its proposal.

Also, the Chief Scientific Secretary of the NASB Presidium Aleksandr Kilchevskiy noted that Sardinia is famous for its long-lived, so the scientists have created a gene bank in the region and are ready to cooperate with Belarusians on the study of this important problem.