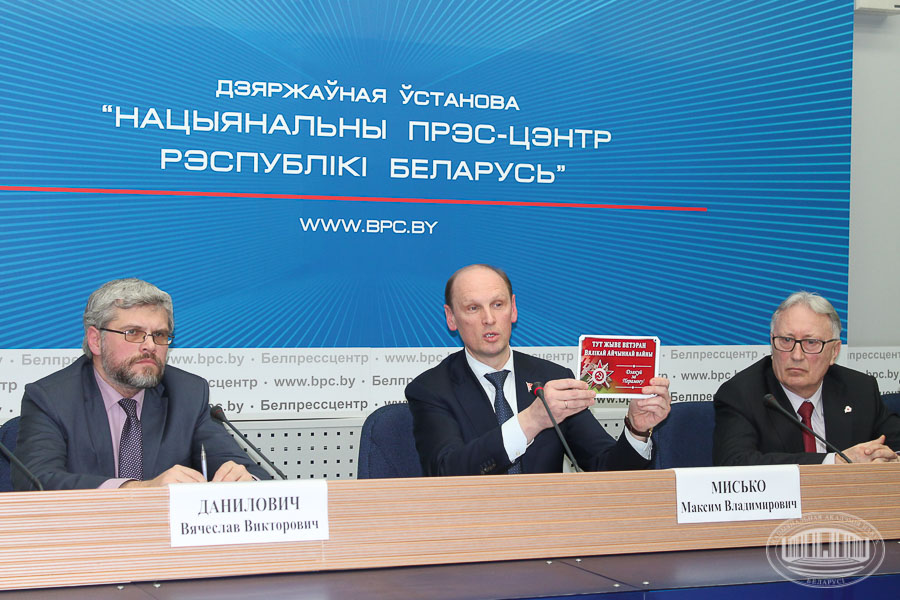 A round-table discussion “Realization of Current Projects and Public Initiatives of Patriotic Orientation” dedicated to the Day of Fatherland Defenders was held at the National Press Center of the Republic of Belarus on 21 February. The event brought together deputies of the House of Representatives of the National Assembly, representatives of the NASB Institute of History, the Belarusian Red Cross Society, the Belarusian Peace Foundation and other organizations, as well as students of the BSU Institute of Journalism.

Vyacheslav Danilovich, Director of the NASB Institute of History, introduced projects of the patriotic orientation, being implemented by the Institute. More than 20 scientific and practical activities supposing participation of the younger generation are planned for 2017.

Vyacheslav Danilovich also emphasized close cooperation between the Institute and local authorities in carrying out educational activities, namely in co-organizing and conducting competitions for pupils and teachers on the history of native land.

International youth scientific and practical conference "The Great Patriotic War of 1941-1945 in the Historical Memory of the People" is one of the most successful multi-year scientific and patriotic projects. In 2016 the 9th conference was held. It was organized by the NASB Institute of History together with the Maxim Tank Belarusian State Pedagogical University, Education Committee of the Minsk City Executive Committee, some other authorities, and Minsk gymnasium № 174.

In addition, V. Danilovich told about cooperation with Russian colleagues from the Institute of World History, Russian Academy of Sciences, in realizing joint projects on the history of the Great Patriotic War.