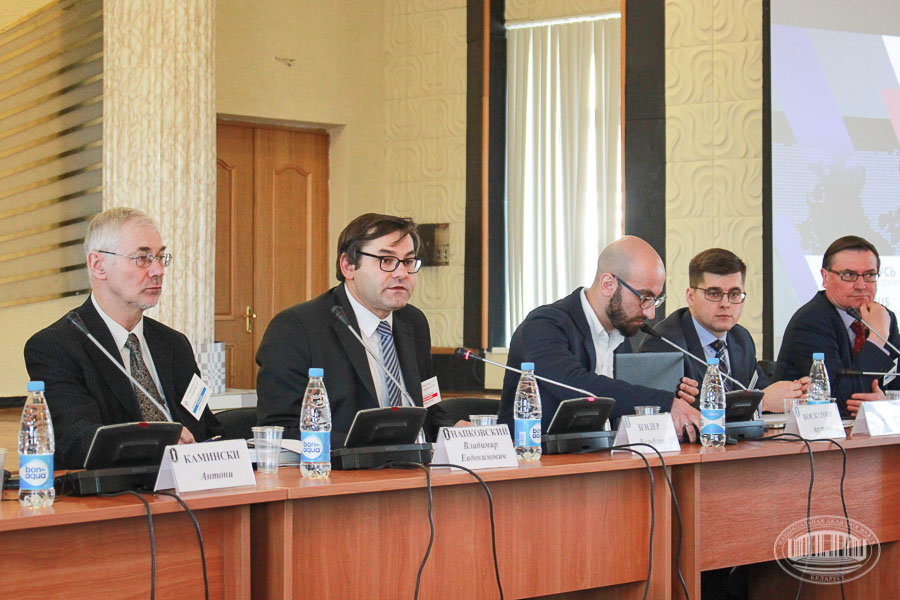 On March 30, 2017 an opening of an international scientific conference "Belarus in the modern geopolitical processes" took place at the National Academy of Sciences of Belarus on the basis of the Institute of History of the NAS of Belarus. The event was organized by the Center for the History of Geopolitics of the NASB Institute of History and Konrad Adenauer Foundation Office in Belarus. Representatives of the authorities, administration and diplomatic corps, researchers from the National Academy of Sciences of Belarus, specialists from the leading higher educational institutions of our country, as well as foreign scientists and experts in international relations from the United Kingdom, the Netherlands, Russia, Belgium, Armenia, Germany, Poland, Ukraine and Kazakhstan are actively participating in the forum, which will continue on March 31, 2017.

The purpose of the event is to intensify scientific discussions exploring topical issues of implementation of foreign policy strategies and national-state interests of Belarus in its relations with other states, development prospects of the country and region in modern geopolitical realities. The overarching focus of the event is on the following issues: present and future of the global geopolitical space, stability and security in Central and Eastern Europe, the Republic of Belarus and integration processes in the post-Soviet reality, international organizations and implementation of national interests of Belarus, development of bilateral relations of the Republic of Belarus with foreign countries.