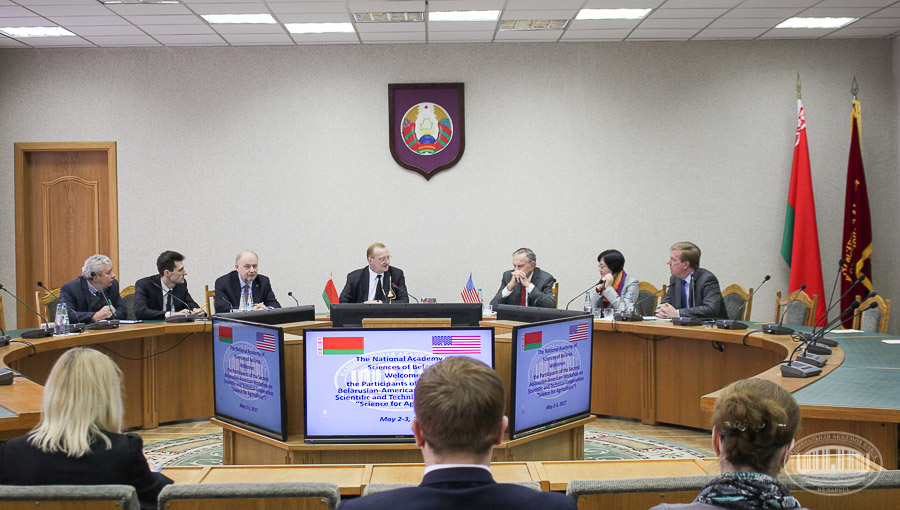 The NASB organizations intend to intensify scientific cooperation with their American colleagues in the field of agrarian research. This was announced by Chairman of the NASB Presidium Vladimir Gusakov at the opening of the second Belarusian-American seminar on scientific and technical cooperation "Science for Agriculture." Vladimir Gusakov emphasized that research development and innovation processes in the agricultural sector were crucial to economic development of the United States and Belarus, they allowed continuous renewal of production on the basis of science and technology development.

As it was mentioned, the seminar was the result of intensification of joint activities of the National Academy of Sciences of Belarus and American partners, primarily the National Academies of the USA, in recent years. Agreements on cooperation between the National Academy of Sciences of Belarus and the world leaders in the field of information technologies such as Hewlett-Packard, Dell, Oracle, and others have been signed. Contracts for the supply of equipment, software development, certification, development and analysis of new materials on request of American partners have been realized.

However, as the Chairman of the NASB Presidium Vladimir Gusakov noted, "Today both the American and Belarusian sides need to expand joint scientific activities aimed at practical implementation of results in the real sector of the economy of the two states." Glenn Schweitzer, Director of the Office for Central Europe and Eurasia of the US National Academies, in his turn confirmed the intention of the American side to increase cooperation with Belarusian scientific organizations. During the current visit, it is planned to discuss the mechanisms for introducing research into practice, into the real sector of the economy. In particular, the American side is interested in cooperation with Belarusian counterparts in the field of agriculture, namely in such areas as updating soil maps, reducing the use of antibiotics in poultry farming, improving the quality of control of productivity of agricultural products, introducing innovations in vegetable production, etc.

The first Belarusian-American seminar on scientific and technical cooperation was held at the National Academy of Sciences of Belarus on December 13–18, 2015. 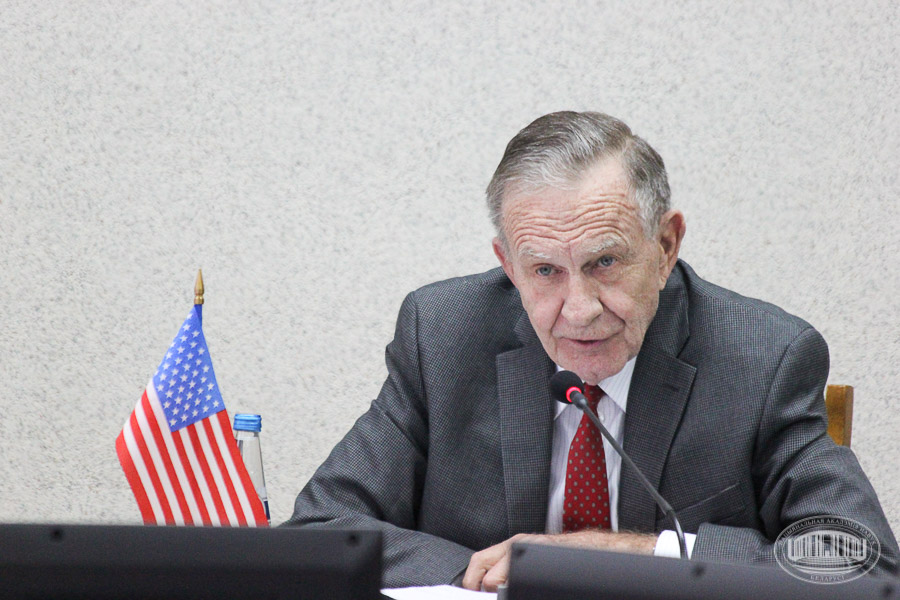