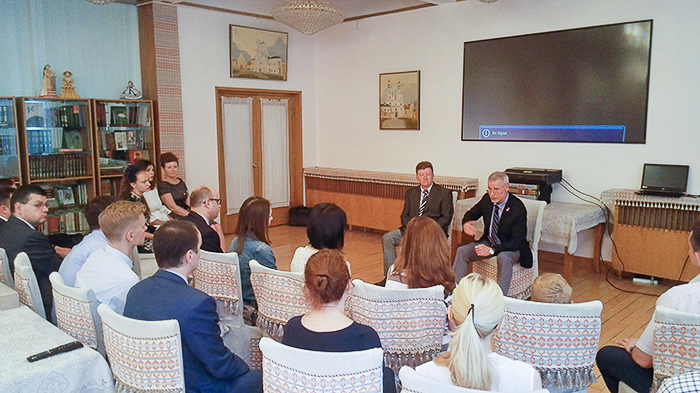 Aliaksei A. Haidashou told about the participation of Belarus in the research of Antarctica, the creation of a Belarusian Antarctic station, as well as about the main directions of scientific work in Antarctica. The audience was shown documentary videos made by A. Haidashou during his Antarctic expeditions.

In an interview with the Xinhua News Agency, A. Haidashou told about the interaction of Belarusian polar scientists with their colleagues from China and other countries.

The meeting was attended by the embassy staff, members of their families, and Beijing and Shanghai university students.

In memory of the meeting, A. Haidashou and I. Pilshchykau donated the book "Belarus in Antarctica", published by the National Academy of Sciences of Belarus to the 10th anniversary of the beginning of regular scientific and expeditionary research, to the Ambassador Kiryl Rudy.