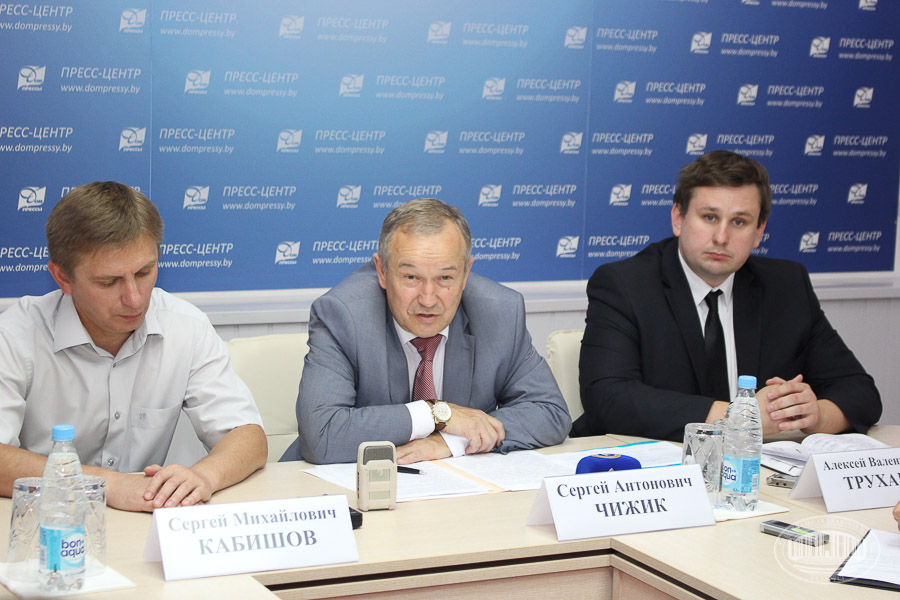 On 18 August 2017, a press conference on nanotechnology and nanoindustry as a priority scientific and technical activity in the Republic of Belarus was held at the Press Center of The Press House. Academician Sergei Chizhik, First Vice-Chairman of the NASB Presidium, and Alexei Trukhanov, Leading Researcher of the NASB Scientific and Practical Materials Research Center, participated in the press conference from the side of the National Academy of Sciences of Belarus.

Sergei Chizhik told representatives of the mass media about the work of the National Academy of Sciences of Belarus in the sphere of nanotechnologies and nanoindustry development in Belarus. In particular, the First Vice-Chairman of the NASB Presidium has reported that Belarus and Russia prepare new union program on additive technologies, which will involve the development of 3D printing. "The program "Additive technology" of the Union State Now is being prepared now. There will be projects in the field of nanotechnology", Sergei Chizhik explained. In keeping with the theme of scientific cooperation with Russia, Sergei Chizhik said that Belarusian scientists will take part in the October forum "Open Innovation" at SKOLKOVO.

Alexei Trukhanov, Leading Researcher of the NASB Scientific and Practical Materials Research Center, Executive Director of the Republican Nanoindustry Association, spoke about the goals and objectives of the organization, as well as about new projects in nanotechnology which are developing by scientists and specialists of the NAS of Belarus today.