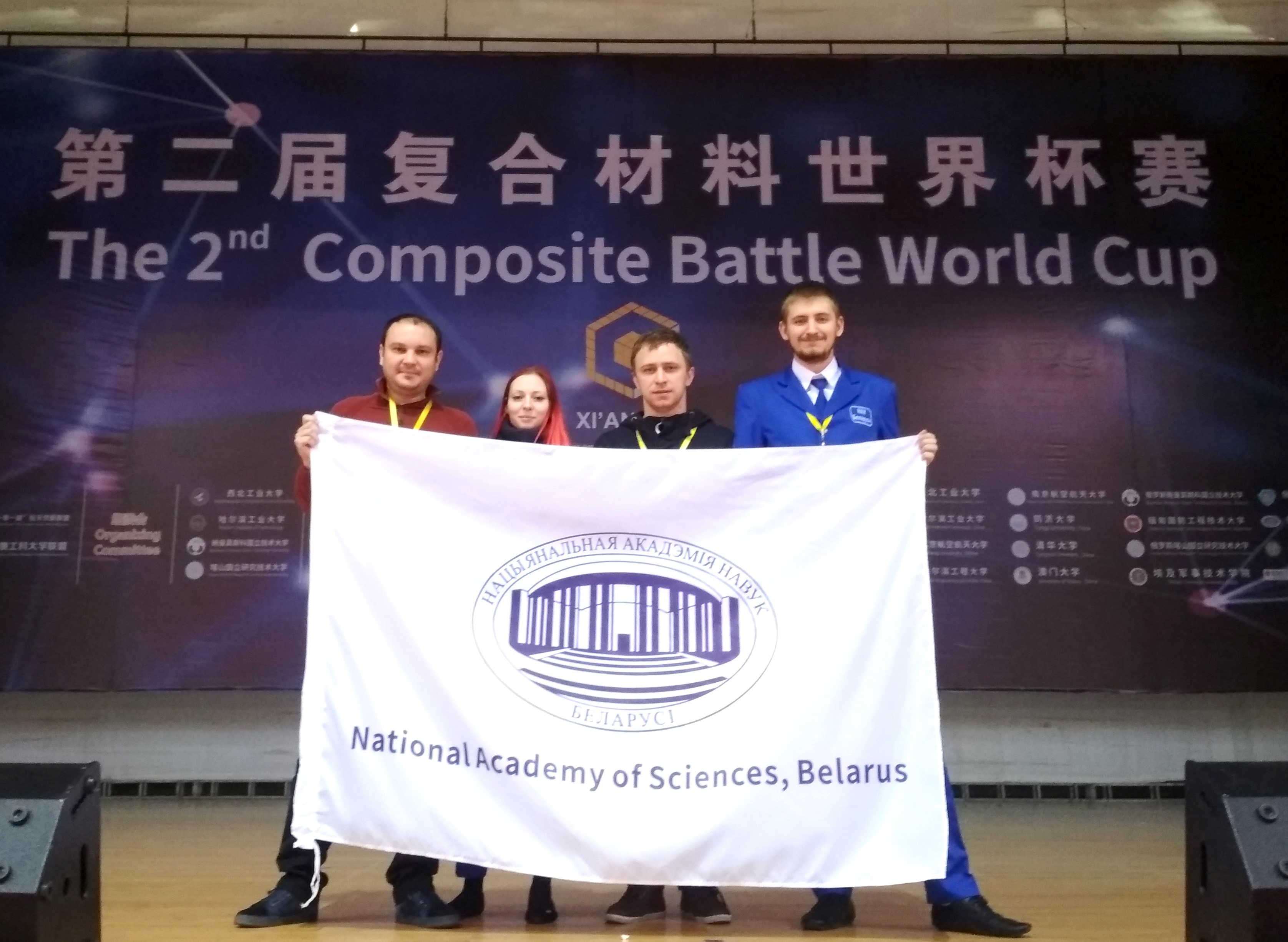 The team of the Scientific and Production Center of Multipurpose Unmanned Systems of the NAS of Belarus participated in the second Composite Battle World Cup, held in the Chinese city of Xi'an on November 20-24, 2017. The Composite Battle World Cup is a competition among teams of engineers and technologists in the production of composite products. The competition is conducted internationally from 2016 in accordance with the standards of the World Skills International organization. Sixteen teams from Russia (3 teams), China (8 teams), Australia, Egypt, Myanmar, Belarus and Ukraine participated in the championship. The participants of the championship were to calculate the design, develop the technology, create and test the finished product from composite materials with their own hands on the site. Their task was also to achieve the best indicators of economic, operational and strength characteristics of the product.

Our team ranked 4th among 25 teams in the World Cup of 2016. This year the team of the NAS of Belarus consisted of four people and participated in the following competition rounds:
• Technology Contest (calculation, design and manufacturing of an article according to established parameters). As a result, an article, having a mass of 930 g, was made from composite materials (the mass limit of an article was 2000g). It ranked second in terms of mass characteristics among the contestants.
• Simulation and structural analysis (calculations were performed on the criteria for the loss of stability and strength of a composite article in layers for the given model).
• Intellectual Brain Ring Contest (participants were to answer questions on medicine, composites, aircraft engineering and other topics).
• Business Case Contest (business project presentation on composite products commercialization). The team of the National Academy of Sciences of Belarus ranked first in the Business-Sense nomination at the contest. The team was awarded a certificate and a gold medal.

During the Composite Battle World Cup, the team of the NASB Scientific and Production Center of Multipurpose Unmanned Systems negotiated with the world's leading organizations dealing with the calculation, design and application of composite materials in various industrial spheres, namely the Moscow Aviation Institute, the Kazan National Research Technical University named after A.N. Tupolev, and the Interindustry Engineering Center "Composites of Russia" of the Bauman Moscow State Technical University. An agreement on further cooperation in the field of composites for unmanned aerial vehicles was reached.