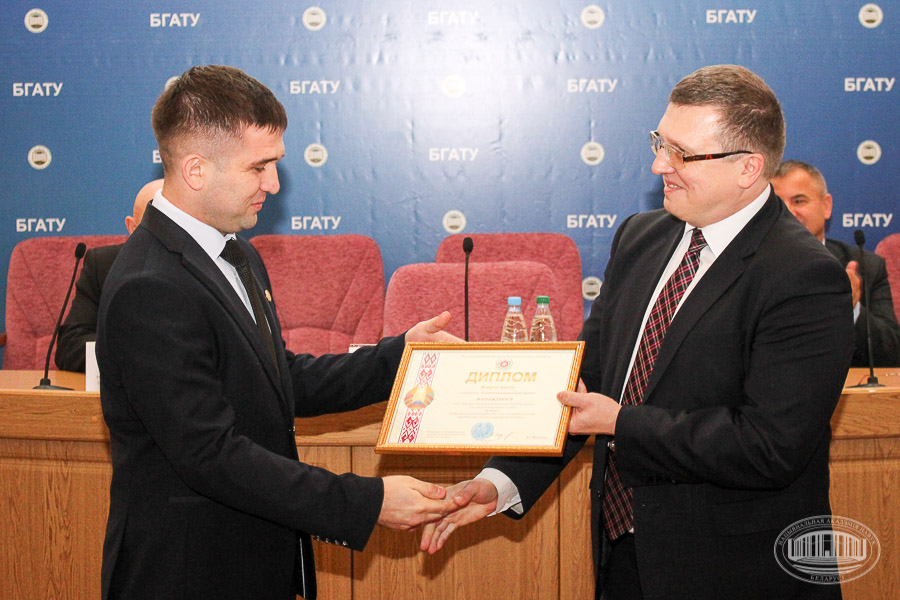 NASB representatives are among best in Republican Contest of Innovation Projects

A solemn ceremony of awarding winners and finalists of the Republican Contest of Innovation Projects was held at the Belarusian State Agrarian Technical University. The contest is arranged for the eighth time. This year, 178 applications are submitted for the contest, among them there are 70 projects nominated for the Best Innovative Project, and 108 projects nominated for the Best Youth Innovation Project. Among the contest participants there are projects developers, including teams of authors, from different educational institutions, NASB research institutes and centers, enterprises.

This year, 8 projects are awarded certificates for commercialization.

NASB representatives are among the contest winners. Thus, Andrey N. Glushakov, representative of the NASB Physical-Engineering Institute, and Alexey V. Yantsevich, representative of the NASB Institute of Bioorganic Chemistry, are second in the Best Youth Innovation Project nomination. Andrey Glushakov’s project is "New Economically Alloyed Steel for Gears of Gear Box for Automotive Engineering", and the project by Alexey V. Yantsevich is "Development of Innovative Equipment for the Automated Production of Synthetic Genes (SG) and Creation of Synthetic Genes Production."

Grigory A. Prokopovich, representative of the NASB United Institute of Informatics Problems, is second in the Best Youth Innovation Project nomination for his PocketBot project, and Vitaly V. Soloviev, representative of the NASB Scientific and Practical Center for Foodstaffs, is third in the same nomination for his project "Complex Disposal of Excess Brewer's Yeast."