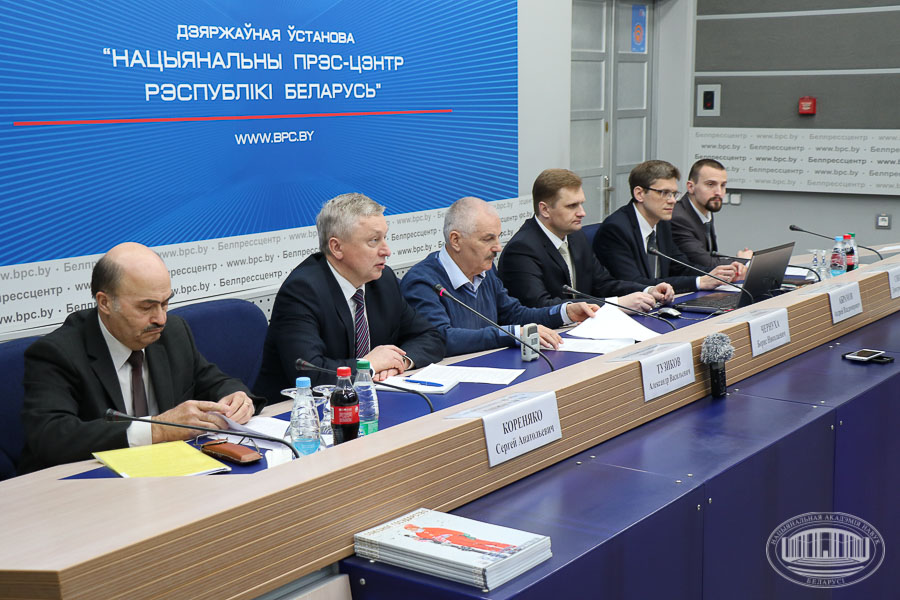 On 11 April 2018, a press conference devoted to the World Day of Aviation and Astronautics was held at the National Press Center of the Republic of Belarus. Alexander Tuzikov, Director General of the NASB United Institute of Informatics Problems, NASB Corresponding Member; Boris Chernukha, Deputy Director for Scientific Work of the Geoinformation Systems Unitary Enterprise; and Sergey Korenyako, Head of the Department of Joint Programs of Space and Information Technologies of the NASB United Institute of Informatics Problems, represented the National Academy of Sciences of Belarus at the press conference.

As Alexander Tuzikov told journalists, the International Congress of the Association of Space Flights Participants will be held in Minsk on September 9-15. This large-scale forum will gather legendary researchers of outer space, participants of various space programs of the Soviet Union, Russia, and the USA (NASA programs).

Boris Chernukha told the media that the operation of the Belarusian satellite BKA 1 is planned to be extended by the end of 2021. Thus, the overall operational period will be nearly twice as much as the original one. It became possible thanks to the wise and highly professional exploitation of the satellite. The team of the satellite control company also did a great deal of work to finalize and modernize the ground infrastructure of the space system for controlling the satellite.

Sergei Korenyako reported about the results of implementation of the Belarusian part of the Union State program on development of space and ground facilities for providing consumers of Russia and Belarus with information on the Earth remote sensing (Monitoring-SG).

The participants of the press conference answered the journalists' questions. Representatives of about 20 media took part in the event.