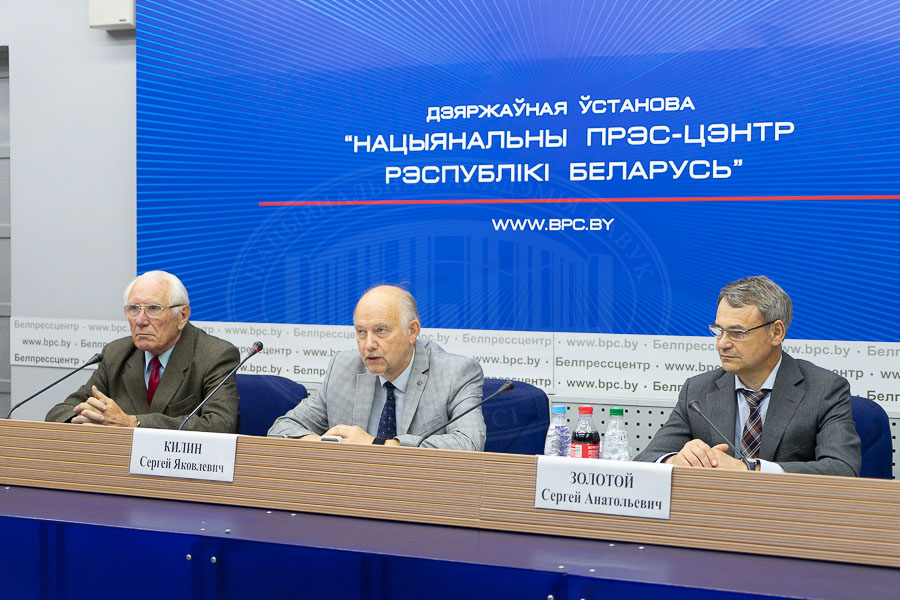 On 28 August 2018, a press conference on the preparation and holding of the 31st International Congress of the Association of Space Flight Participants took place at the National Press Center of the Republic of Belarus.

Sergei Kilin spoke in detail about the participants and the program of the upcoming Congress. About 90 cosmonauts from 19 countries (Russia, the USA, Germany, Netherlands, Sweden, Austria, China, etc.) will take part in the events. Among the famous cosmonauts who will visit Belarus to participate in the events will be Svetlana Savitskaya, the first woman to go into outer space, Yang Liwei, the first Chinese cosmonaut, Sergei Krikalev, ex-record holder for staying in outer space, Viktor Savinykh, who revitalizes the Salyut-7 station, etc.

On 10 September, the opening ceremony of the Congress will be held at BelExpo. Technical sessions are planned to review the international space program, discuss the results of flights to the ISS, and space science. In addition to the work program, visits to educational and scientific institutions, trips to the native places of Belarusian cosmonauts are planned for the Congress participants. On 12 September the Community Day will be held where cosmonauts will meet with Belarusian schoolchildren and students. Besides, the Alley of cosmonauts in the Central Botanical Garden of the National Academy of Sciences of Belarus and the monument on Kosmonavtov Street dedicated to the Belarusian participants in space flights will be opened during the Congress. A cultural program is also planned for the guests.

Pyotr Vityaz spoke about the interaction of Belarusian and Russian scientists on space issues. He paid much attention to the training of personnel for the development of space research. Pyotr Vityaz also talked about the development of a training nano-satellite which should be launched in late 2018 - early 2019. He mentioned about the forthcoming popular scientific edition dedicated to the participation of Belarus in space exploration as well.

Sergei Zolotoy focused on the operation of the existing and the development of new Earth remote sensing satellites. According to the Director of Geoinformation Systems, the operating life of the existing device was extended to 2021. The existing device almost completely covers the needs for cartographic information for customer organizations from Belarus. The new satellite is being developed jointly with the Russian side and will have resolution of images to within 0.5 meters which will allow obtaining more detailed images of individual objects. The device is currently at the stage of preliminary design. The new satellite will be more maneuverable, with its help the images can be obtained both in stereo format and in triplet mode.