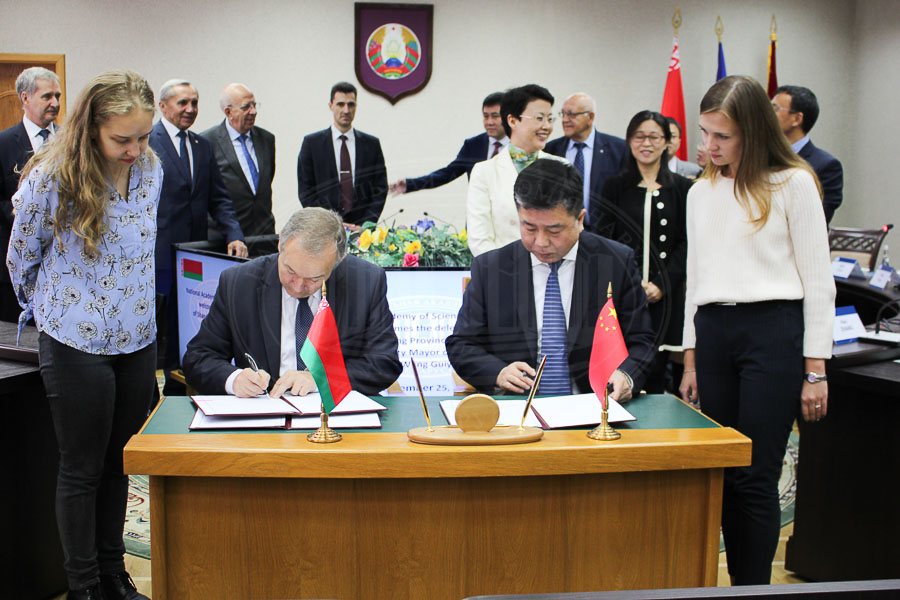 B.I.Stepanov Institute of Physics of the National Academy of Sciences of Belarus and the Laser Research Institute of the Shandong Academy of Sciences will establish a joint scientific laboratory. A relevant agreement has been signed today during the visit of a Chinese delegation to the NAS of Belarus. The document provides for the implementation of a number of contracts in the field of laser physics.

In addition to the agreement on the establishment of a joint laboratory, two more documents have been signed between scientific organizations of Belarus and the Chinese province of Shandong today.

A trilateral Memorandum of Cooperation has been signed between the National Academy of Sciences of Belarus, the Shandong Academy of Sciences and the Municipal Government of Jinan city. According to the document, Belarusian and Chinese scientists will, in the near future, determine the priority areas of scientific research for cooperation, discuss the possibility of creating new Sino-Belarus laboratories and determine the list of specific joint projects of mutual interest for the development of relevant technical and industrial areas. First Vice Chairman of the NASB Presidium Sergei Chizhik noted that joint work of the NAS of Belarus and scientific organizations of the People's Republic of China was very active. “The President of the Chinese Academy of Sciences Mr. Bai Chunli is a foreign member of the NAS of Belarus. Currently, we have moved to the level of cooperation with the regions of China. We hope that this new Memorandum will raise cooperation between Belarusian and Chinese scientists to a new level”, he said.

Today, the BSUIR and Shandong Computer Science Center have also signed an agreement on the establishment of the Joint Belarusian-Chinese Laboratory.

On 24–25 September 2018, a delegation of Shandong Province (PRC) headed by Ms. Wang Guiying, Deputy Mayor of Jinan City, attends the National Academy of Sciences of Belarus. The visit aims at discussing perspective directions and mechanisms to develop cooperation between the NAS of Belarus and Shandong Academy of Sciences.