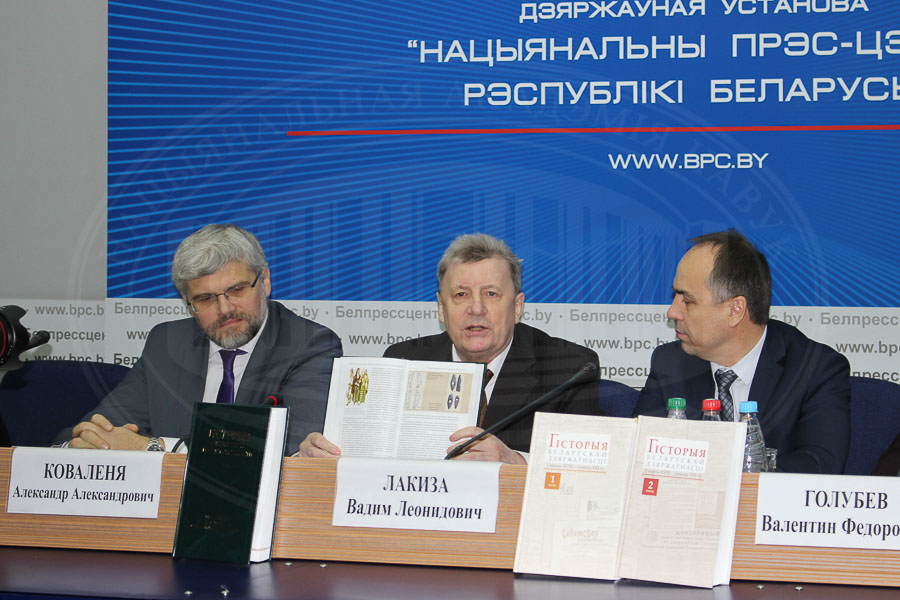 "Historical experience shows that for more than a thousand years Belarus has never been a colonial territory. Being a part of Kievan Rus, the Grand Duchy of Lithuania, the Polish-Lithuanian Commonwealth and the Russian Empire the Belarusian ethnic group was always an integral part of the state-forming process. We do not only prove it but also cite the richest archaeological material, archives of European countries, Russia to support this idea. We are not just a tolerant nation, we are a people who, in spite of all the difficulties, preserved the native language, culture, traditions, customs and gained our statehood," said Alexander Kovalenya, Academician-Secretary of the Department of Humanities and Arts of the NAS of Belarus.

Overall, five volumes will be published. The second volume will describe the period when the Belarusian lands were part of the Russian Empire (late 18th - early 20th century). The third book will be dedicated to the history of the Belarusian statehood in 1917-1939, the fourth one to the period of the Second World War and the Great Patriotic War and post-war reconstruction. The fifth volume will tell about the events from 1954 to the present.