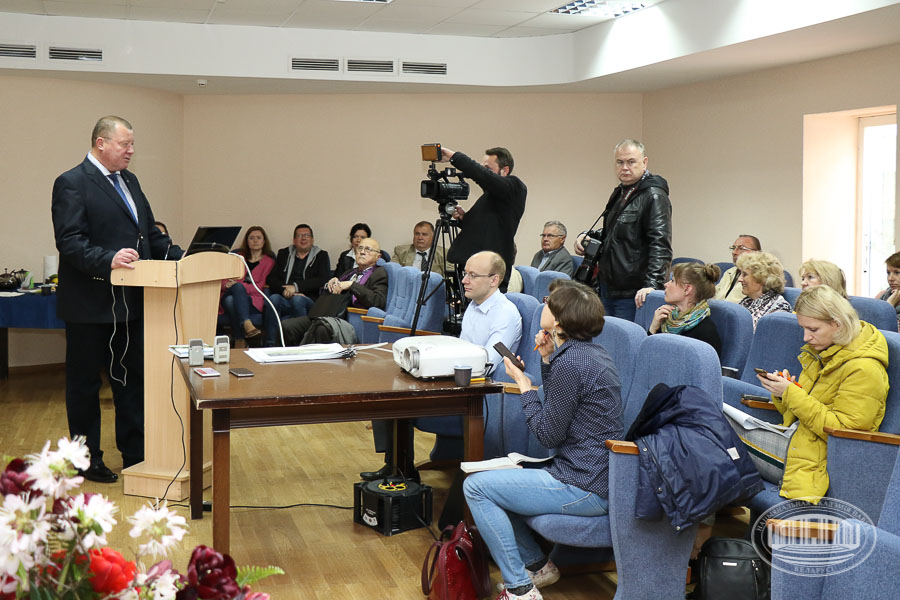 On 11 May 2019, the National Academy of Sciences of Belarus and the National Press Center of the Republic of Belarus held a press-event “New recreational opportunities of the Central Botanical Garden for Minsk residents and guests.”

Vladimir Titok, Director of the Central Botanical Garden of the National Academy of Sciences of Belarus, told the media members about the results and prospects of scientific work of the organization. Novelties of 2019 season were also presented. It is planned to hold such events as “Lilac Aroma in the Botanical Garden”, rhododendrons and peonies weeks, the exhibition of gladioli, Science Festival 2019 and others.

Rock garden, a virtual project of the new facility, was also presented to the media representatives. As Vladimir Titok said, this object will include six local rocky compositions and several types of landscapes typical for different territories and countries (from Asia to America). According to the general scheme of development of the Botanical Garden until 2025, it is also planned to build a large greenhouse. The exposition “Garden of stones”, the ecological-mythological path “Legends of the Belarusian flora”, “Garden of shade-tolerant plants”, “A House for a bee” and others are already being created.

A tour of the garden was held for the media representatives.