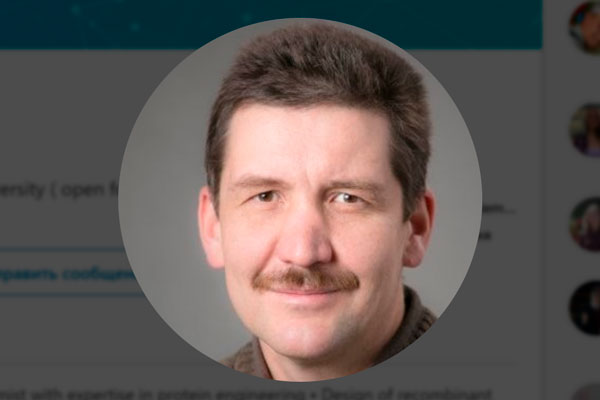 23 May 2019, at 16:00, an open lecture "Development of FRET-based screening system of protein synthesis inhibitors in bacteria using modified TU elongation factor and transport RNA" by Maxim Chudaev (Rutgers University, New Jersey) will take place at the Institute of Physical Organic Chemistry of the NAS of Belarus (Minsk, 13 Surganova str., room 402).

Maxim Chudaev graduated with honors from the biological faculty of Belarusian State University in 1993 and then worked in the laboratory of protein engineering at the Institute of Bioorganic Chemistry of the National Academy of Sciences of Belarus. He defended his thesis under the guidance of Doctor of Chemical Sciences S.A. Usanov in 2002. Later Maxim Chudaev was a postdoc at INSERM, the French version of NIH (Marseille, France) and Emory University (Atlanta, USA). He worked as a researcher at Lehigh University (Bethlehem, Pennsylvania). Currently, he works at Rutgers University (New Jersey).

Maxim Chudaev is engaged in research in the field of protein engineering. Main areas: design of recombinant functionally active proteins, including membrane proteins, for a wide range of in vitro applications; development of FRET-based screening methods using fluorescent labeled proteins and nucleic acids; production of magnetic nanoparticles and liposomes for biological applications.

To keep up with open lectures organized as part of the Scientists without Borders initiative, join the group on Facebook.

Past lectures of the project are available on Youtube channel.