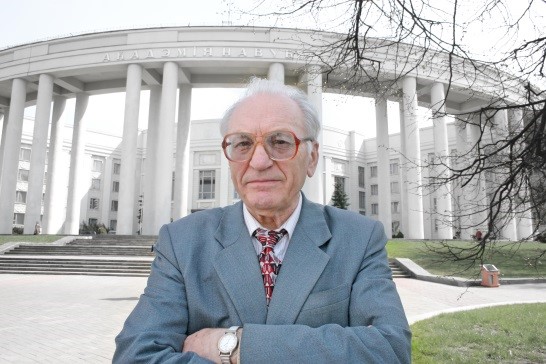 Mikhas Mushinsky was engaged in the study of Belarusian literature all his life. He is the best expert at the creativity of Yakub Kolas, Maksim Haretski and Mikhas Zaretski.

Mikhas Mushinsky headed the Department of publications and textual criticism at the Institute of Literary Studies for many years. Multivolume editions of classics of Belarusian literature were prepared under his leadership. Among them are collected works of Maksim Bahdanovich, Piatrus Brouka, Maksim Haretski, Yanka Kupala, Yakub Kolas, Ivan Melezh, and others.

The event program included an exhibition of scientist’s monographs and books, documents related to his life and work, rare photos from the family archive.