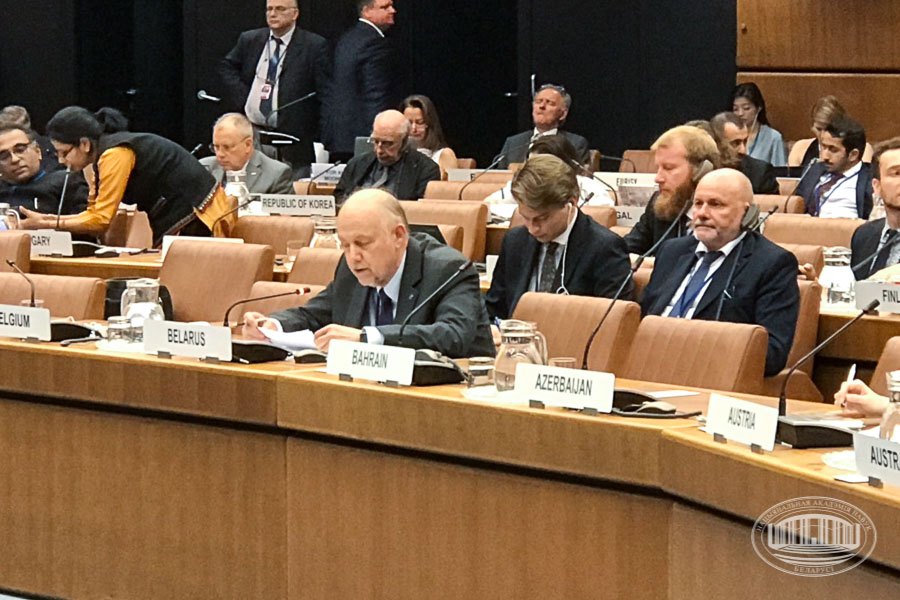 The 62nd session of the UN Committee on the Peaceful Uses of Outer Space is taking place in Vienna, Austria on 12-21 June 2019. The Belarusian delegation is led by Deputy Chairman of the Presidium of the National Academy of Sciences of Belarus Academician Sergei Kilin. On 12 June he made a report on Belarus’ efforts in researching and using outer space for peaceful purposes and development prospects.

Sergei Kilin said: "Belarus produces core components for remote Earth sensing satellites with the spatial resolution of less than 1m as well as electronic components for space equipment. Cutting-edge data processing technologies are being developed. New products and materials for space applications are being manufactured, including artificial soils to grow crops in null-gravity conditions and in microgravity conditions," he said. The Belarusian satellite for the remote sensing of Earth with the spatial resolution of 2m was inserted into orbit on 22 July 2012 and has been working successfully since then. In 2018, the satellite’s service life in orbit was extended till 2021. The data the satellite provides is used by 11 government agencies in Belarus. The Belarusian communication satellite Belintersat-1 works well in orbit. It covers Europe, Africa, and Asia. On the basis of a telecommunications satellite, a Belarusian national system for satellite communications and broadcasting has been commissioned. Apart from that, in 2018, a Belarusian educational nanosatellite was launched into orbit. It is used to train aerospace industry specialists.

Sergei Kilin noted: "The 31st international congress of the Association of Space Explorers, which was held in Belarus last September, gave a new impulse to the development of space activities in our country. The participation of Belarus' representative in the international scientific project SIRIUS, aimed to make preparations long-term space flights, is one of the results achieved in the wake of the congress. The project is being carried out by the Institute of Biomedical Problems of the Russian Academy of Sciences and NASA," Sergei Kilin said.