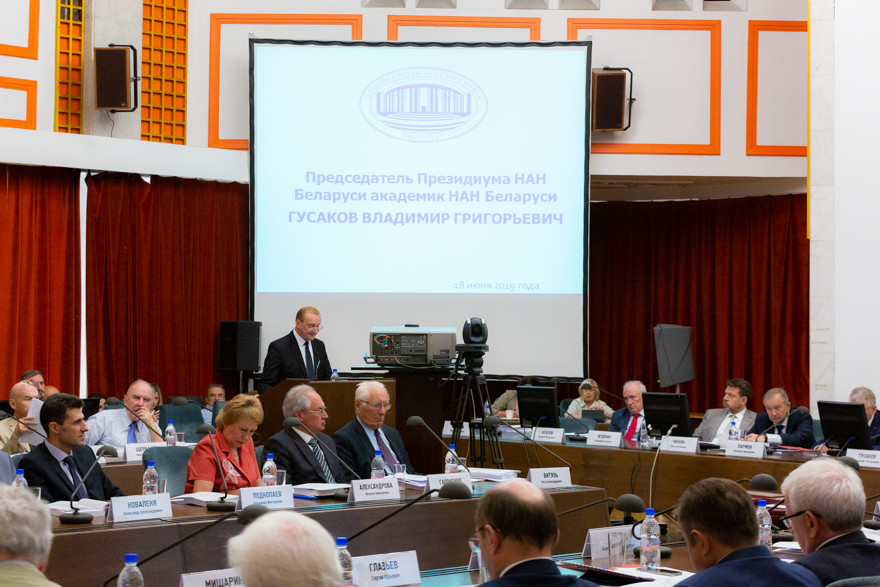 Special attention was given to scientific support for strategic areas of the spatial, territorial and socio-economic development of Russia and Belarus for a long-term period, as well as the participation of scientific organizations of the Russian Academy of Sciences and the National Academy of Sciences of Belarus in the Union State programs.

As noted, the Russian Academy of Sciences and the National Academy of Sciences of Belarus are actively engaged in joint projects in the priority areas of scientific and technical cooperation under the Union State: capacity building in the field of space research, information and space technologies; creation of high-performance systems and data processing technologies for various economic sectors; nanomaterials and nanotechnology; genetic engineering and biotechnology. Belarusian and Russian scientists were implementing three Union State programs in 2018: "Research and development of high-performance information and computing technologies for increasing and effective use of the resource potential of the hydrocarbon raw materials of the Union State" (Skif-Nedra) (2015-2018), "Development of innovative gene geographic and genomic technologies for identifying personal and individual characteristics of a person on the basis of studying the gene pools of the regions of the Union State" (DNA Identification) (2017-2021), "Development of integrated technologies for creating materials, devices and key elements of space assets and promising products for other industries" (SG Technology) (2016-2020). The RAS and the NAS of Belarus are currently working on two promising Union State programs: "Development of promising basic technological processes for obtaining functional materials, structures, components and modules for high-performance photonics products in the Union State" (F Component) and "Assessment and ways to prevent the risks of crisis situations in forests during forestry intensification" (Forest intensification).