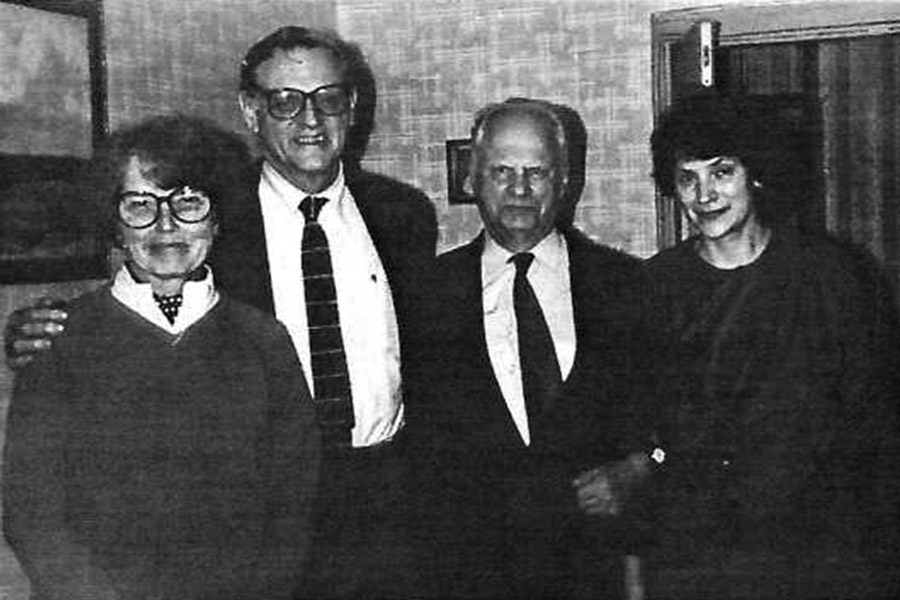 John Goodenough, Nobel Laureate in chemistry, American scientist, specialist in the field of physics and materials science, has repeatedly visited the Institute of Solid-State Physics and Semiconductors of the NAS of Belarus*. This was announced by Valery Fedosyuk, Director General of the Scientific and Practical Materials Research Center of the NAS of Belarus, Corresponding Member of the NAS of Belarus. “We are proud of the fact that John Goodenough, one of the Prize winners, has visited our Institute several times and was a sincere friend of Nikolai Nikolayevich Sirota, the first Director and founder of our Institute,” Valery Fedosyuk said.

Speaking about the importance of the Nobel Prize in Chemistry, which was awarded for the development of lithium-ion battery technologies in 2019, the scientist noted that in the 1970s and 80s, when the foundations of that device were laid, it was hard to imagine that a new “lithium battery” would be the heart of several industrial upheavals at once. Thanks to it, electronics has become portable, household appliances - wireless, energy - renewable, and megacities will soon lose their usual attributes such as smog and noise due to electric transport.

Valery Fedosyuk noted that scientists of the Scientific and Practical Materials Research Center of the NAS of Belarus are actively working in the field of creating batteries of a new type and graphene-containing materials. “We have developed a new, cheap and environmentally friendly method for producing graphene-like materials, we have proposed a method for its organization into three-dimensional honeycomb structures and stabilization due to chemical cross-linking. Methods for sewing functional groups to it have been developed. All these solutions have allowed us to apply a new concept for the use of carbon in batteries. It lies in the fact that the carbon material serves not only as an inert current collector, but as a component involved in redox reactions. So far, we have implemented this concept in supercapacitors, which are now being tested as part of an electric vehicle. The next step is to create of a prototype battery on a new concept,” the scientist said.

A prototype of a supercapacitor based on graphene-containing material has already been created at the Scientific and Practical Materials Research Center of the NAS of Belarus. This world-class development is used in the production of energy storage devices for electric vehicles and has no foreign analogues. Scientists have also developed graphene-containing material. It is also a world-class development used in the production of structural elements, energy storage devices, sorbents, sensors, etc.