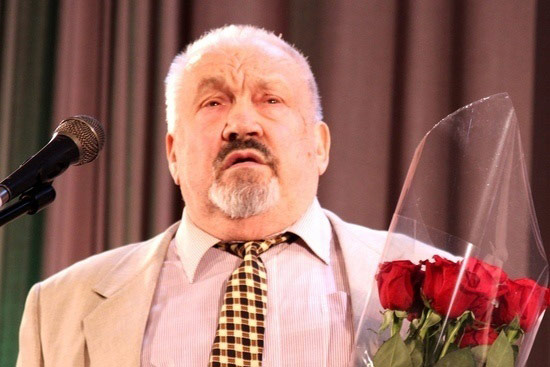 Meeting of the Permanent Commission of Inter-Parliamentary Assembly of the Commonwealth of Independent States held in Saint Petersburg involved discussion of prospects for cooperation of the CIS countries in cultural and humanitarian area. One of the issues was nomination of candidates for Chingiz Aitmatov Award.

The Commission members supported the proposition of the National Academy of Sciences of the Republic of Belarus to nominate Vladimir Gnilomedov, the academician, honoured worker of culture, Doctor of Philological Sciences, Professor, writer and literary scholar for the award 2020.

Vladimir Gnilomedov is one of luminaries and dignitaries of the Belarusian literary studies and literary criticism. He has published more than 260 articles and 14 books. He pays great attention to the secondary and higher school, and participated and supervised creation of programs for secondary and higher educational institutions. Vladimir Gnilomedov is one of co-authors of History of Belarusian Literature.

The Chingiz Aitmatov Award was established in 2012 by the CIS Inter-Parliamentary Assembly and the Supreme Council of Kyrgyzstan. It is annually awarded for achievements in culture, education, contributions to development of humanitarian sciences, literature and arts, for studying and preservation of cultural heritage, rapprochement and mutual enrichment of cultures, nations and nationalities, consolidation of peace and friendship, as well as for development of spiritual connections between countries.