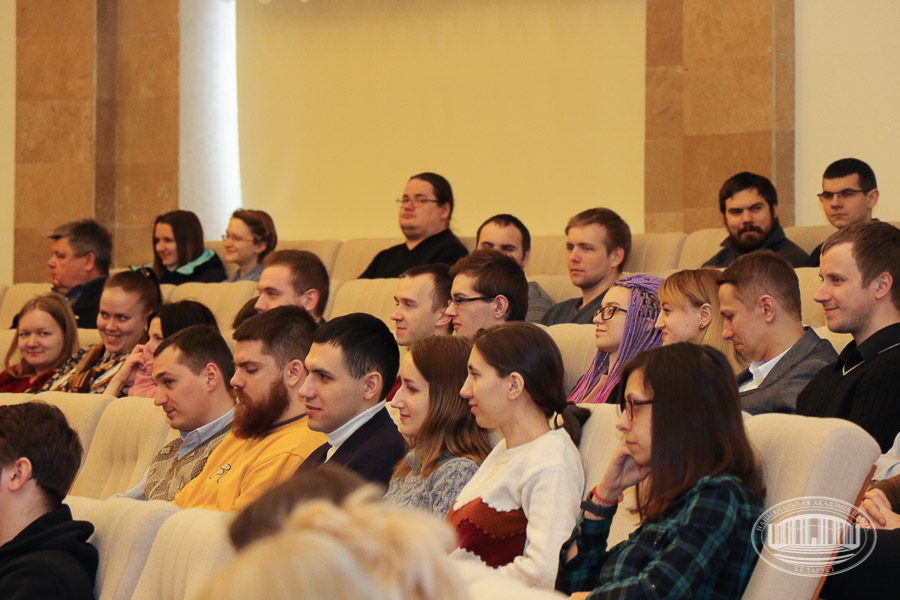 On March 17, 2020, the NAS of Belarus held Road to Science Forum of Scientific Youth. The aim of the forum organized by the Council of Young Scientists is to increase efficiency and initiativity of young scientists regarding scientific research, as well as development of leadership skills for implementation of self-maintained scientific projects. The event involved representatives of scientific organizations of the NAS of Belarus, higher educational establishments, candidates for a master's degree, postgraduates and students.

Sergey Chizhik, the First Deputy Chairman of Presidium of the NAS of Belarus, mentioned in his speech at the formal opening of the forum: “In the Academy of Sciences, every third scientific researcher is at the age under 35. Therefore, the task to attract the young people to science has got a new scope, namely – high-level increase of their potential and professional growth. Every year, the NAS of Belarus gives employment to more than 300 young specialists, with 2/3 (about 70%) of them joining the panel of researchers.” Andrey Ivanets, the Main Academic Secretary, the Chairman of the Council of Young Scientists, said that the forum of the scientific youth was a rather symbolic event, since “We are aimed at combining of pupils, students and young employees. The Council of Young Scientists cooperates with the secondary and higher educational establishments to most actively involve the young people in research activities.”

The Road to Science Forum of Scientific Youth is an intensive course of lectures, read by leading scientists, on organization of scientific activities in the National Academy of Sciences and the Republic of Belarus, publishing of scientific work results, preparation and defense of theses, and scientific project management. Thus, Alexander Guchok, the Chairman of the Higher Attestation Commission of the Republic of Belarus, told the young researchers about problems and perspectives of higher scientific qualification staff attestation. Sergey Gaponenko, the Chairman of the Scientific Council of the Belarusian Republican Foundation for Fundamental Research (BRFFR), Marat Zhylinsky, the rector of the Graduate School of the NAS of Belarus, as well as many other participants shared their scientific career experience at the forum.