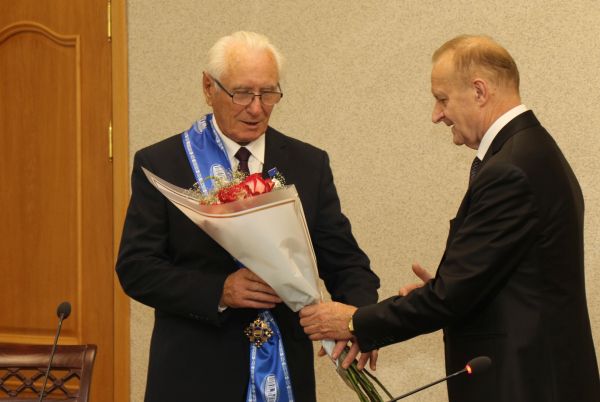 A famous Belarusian scientist, head of the stuff of the NAS of Belarus, academician Pyotr Vityaz celebrated his 85th anniversary.

Under his leadership and with his personal participation, more than 60 new technologies and materials were developed, according to which pilot and industrial production of products for agricultural engineering, automotive, machine tools and special equipment was mastered. He is the author of over 1000 scientific works, including over 200 inventions, over 40 monographs.

Why is the decision of the Presidium of the NAS of Belarus, Pyotr Alexandrovich Vityaz was a word it honorary title “Full Cavalier of the Medals of the National Academy of Sciences”. He was presented with a distinctive sign and certificate.
The merits of Pyotr Alexandrovich are well known far beyond the borders of the country. Vityaz was also elected an academician of the NAS of Ukraine.