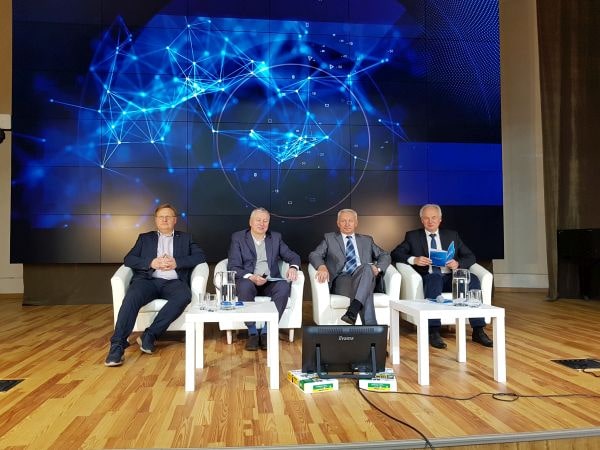 The conference was held in a single information stream and was broadcasted on Youtube for all four days. The total duration of the broadcasts was over 30 hours. During this time, 75 speakers from 18 countries, including the USA, Canada and China, countries with different time zones, spoke at the conference, which caused certain difficulties for online participation. 53 reports out of 90 submitted applications were approved for hearing and publication in the proceedings of the conference.

The main topic is the issues of artificial intelligence and information processing problems faced by the modern scientific world. In this regard, a feature of this conference was the speeches of prominent foreign scientists, including Ruslan Salakhudinov, a Canadian scientist of Tatar origin, professor of the Department of Machine Learning at the School of Computer Science at Carnegie Mellon University. The conference also presented projects in the field of application of artificial intelligence methods, developed by Belarusian scientists. Our scientists in this field have achievements both nationally and globally in the framework of large projects. One example is the diagnosis of pulmonary tuberculosis based on data analysis using deep learning techniques. Another application of AI technologies is the search and monitoring of objects based on Earth remote sensing data.

For the first time in the history of PRIP, the GÉANT Association became a partner of the conference - a fundamental element of the European electronic infrastructure, providing a pan-European network for the needs of science and education. Thanks to this partnership, a non-stop online platform was organized at the conference, and the national BASNET network provided hosting. Within the framework of a special session (GÉANT Session), participants were able to communicate with invited speakers from the Netherlands, Great Britain, Armenia, Italy, Greece, Poland and Croatia. A highlight was the joint presentation by Pierre-Philippe Mathieu, Director of the F-Lab of the European Space Agency, and his industry colleagues.

At the conference, a virtual panel was organized on the topic "Problems of Artificial Intelligence and the Modern Information Society: Education, Science, Business and Legislation" with the participation of specialists from Belarus, Armenia, Great Britain, Germany and Croatia.