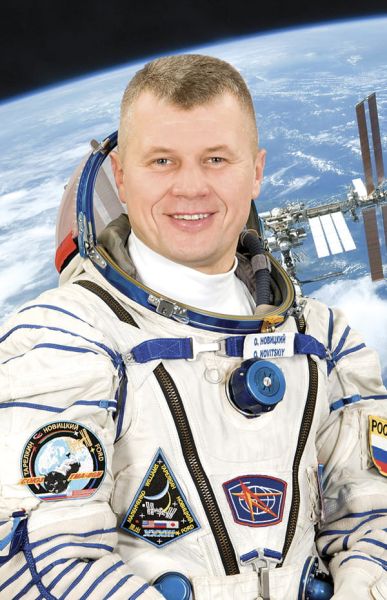 Hero of the Russian Federation, pilot-cosmonaut Oleg Novitsky, who is Belarusian-born, turns 50 today. Chairman of the Presidium of the NASB, Head of the Space Research Agency, Academician Vladimir Gusakov, congratulated Oleg Novitsky on his anniversary.


Dear Oleg Viktorovich!
From the National Academy of Sciences of Belarus, the Space Research Agency and myself, please accept my sincere and heartfelt congratulations on the 50th anniversary!
Your career and work path are rich and multifaceted. Having started your military service as a cadet at the Borisoglebsk Higher Military Aviation School of Pilots of the Armed Forces of the Soviet Union named after V.P. Chkalov carrying officer's shoulder straps on your shoulders with honor and dignity You graduated from it as an officer of the Armed Forces of Russia, fully devoting yourself to aviation and manned astronautics.
It is highly symbolic that you, as a true conqueror of space, are meeting today's anniversary in your third space flight. The results of your work on space exploration have been highly appreciated by both the Russian state and the world community. Confirmation of this are the title of Hero of Russia and a number of high state awards of the Russian Federation and foreign countries.
Belarusian scientists are well aware and highly appreciate your enormous contribution to the development of world manned astronautics. Your human qualities, courage, dedication to space and high professionalism have earned well-deserved recognition both in our country and among the wider world community. We know you as a devoted son of Belarus!
Scientists are grateful to you, our fellow countryman, for a constant and inextricable connection with the highest scientific organization of Belarus, good business and friendly relations that have developed over many years and we hope to strengthen them.
We note with satisfaction the long-term productive cooperation with the National Academy of Sciences of Belarus in popularizing space industry in our country, promoting the development of science, technology, education, and educating the young generation of Belarusian scientists.
We wish you, dear Oleg Viktorovich, good health, prosperity and love in your family, new conquests of outer space.
We are invariably glad to see you within the walls of the National Academy of Sciences of Belarus.