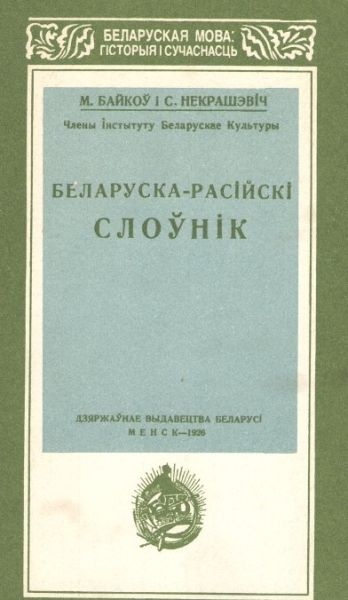 In February 1921, at the People's Commissariat of Education of the BSSR, a Dictionary (Scientific and Terminological) Commission was created, whose tasks included the development of scientific terminology in the Belarusian language and the creation of the first national fundamental academic scientific dictionary. On January 30, 1922, specifically on the basis of the Dictionary Commission the Institute of Belarusian Culture was formed. “Dictionary of the living Belarusian language” – a grandiose lexicographic project of the early twentieth century, which is of great importance for modern lexicographic practice.

The work of the Vocabulary Commission has not yet been fully studied and evaluated. It needs to be rethought and popularized. The round table will consider the organization of the work of the Vocabulary Commission and the stages of preparation for the compilation of the dictionary, which made it possible to obtain such significant results. Special attention will be given to the activities of local lore organizations, their participation in the collection, processing of dialect materials and the preparation of dialect regional dictionaries based on them will be characterized. It is planned to get acquainted with the personality and biography of S. Nekrashevich, discuss the problems of continuity between the dictionary editions of Inbelcult and modern works in the field of national lexicography.

We invite everyone to participate in the Round Table!