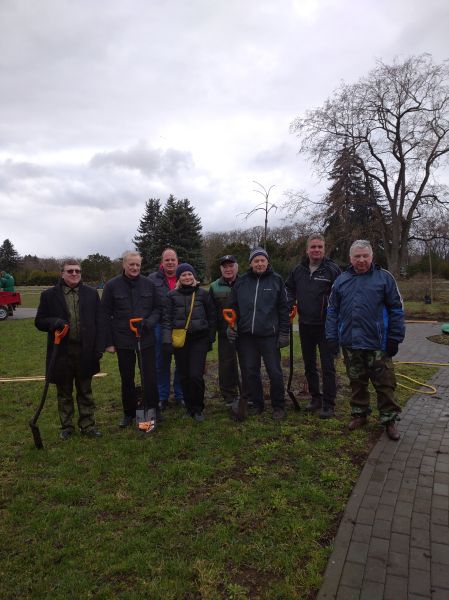 On April 16, 2022, the leadership and the staff of the National Academy of Sciences of Belarus took part in the Republican Subbotnik.

The young scientists of the National Academy of Sciences of Belarus visited the grave of the first president of the Academy of Sciences V.M. Ignatovsky. put in order the territory near the monument and also honored the memory of an outstanding historian and organizer, who stood at the origins of Belarusian academic science.

This year, during the Republican Subbotnik, the work was carried out throughout the country on planting trees and shrubs, landscaping and bringing into proper condition the objects and territories of the settlements, historical and cultural values, memorial complexes, places of military glory during the Great Patriotic War. The money earned on the day of the Subbotnik, which is more than 10 million rubles, will be used to restore the Khatyn memorial complex.