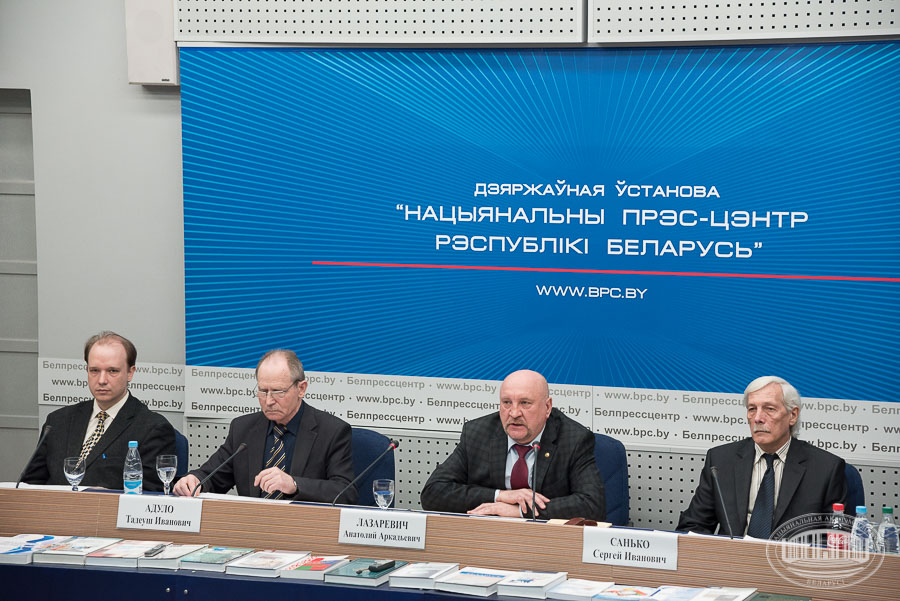 Anatoly Lazarevich noted that the Institute of Philosophy is the same age as the National Academy of Sciences (established in 1929) and briefed the journalists on the main work directions of the Institute. The organization is working closely with university science — there are three branch departments of universities and one more preparing to open at the Institute. The creation of the Center for Knowledge and Competencies Management where the development of methods to improve the efficiency, competitiveness and innovativeness of enterprises is held was an important innovation for the previous time. In addition, the cluster Republican Center of Fundamental and Practical Philosophy, which aims to combine science, education and the various ministries and departments for the joint development of various topics, was established on the basis of the Institute of Philosophy. Anatoly Lazarevich also noted the increased awareness of the Institute beyond the borders of our state.

Tadeusz Adulo made a brief digression into the history of the Institute of Philosophy, noting the most prominent representatives of the Belarusian philosophy school and their most significant works. Besides the Head of the Center for Social Philosophy and Anthropological Studies described the main tasks posed to the scientists of the Institute of Philosophy by the time and reorganization taking place in state, public and social life of Belarus.

Sergey Sanko told about published volumes (1-3) of the fundamental "History of philosophical and sociopolitical thought of Belarus". The fourth volume of this fundamental work devoted to the Enlightenment in the Belarusian lands must be published soon. Sergey I. Sanko also called necessary conditions for the recognition Belarus philosophy as a special brand in the international scientific community and noted the need to intensify a kind of marketing in the promotion of this brand abroad. Moreover Sergey Sanko presented to the journalists the work on translation the texts of Belarusian philosophers that were written in other languages (Latin and others), as well as the first steps in translating the classic philosophical texts into the Belarusian language, which is also carried out at the Institute of Philosophy.

Stepan A. Myakchilo told about the Institute of Philosophy developments, which are already being applied in practice: ethical examination of promotional products and publications, auditing morale and psychological climate and management style of companies, re-socialization of the elderly by means of practical philosophy, improving the efficiency of industrial chains using industry knowledge management etc.

Journalists were invited to the International scientific conference devoted to the 85th anniversary of the Institute of Philosophy "Philosophical knowledge and challenges of civilization development", which will take place on April 21-22, 2016.