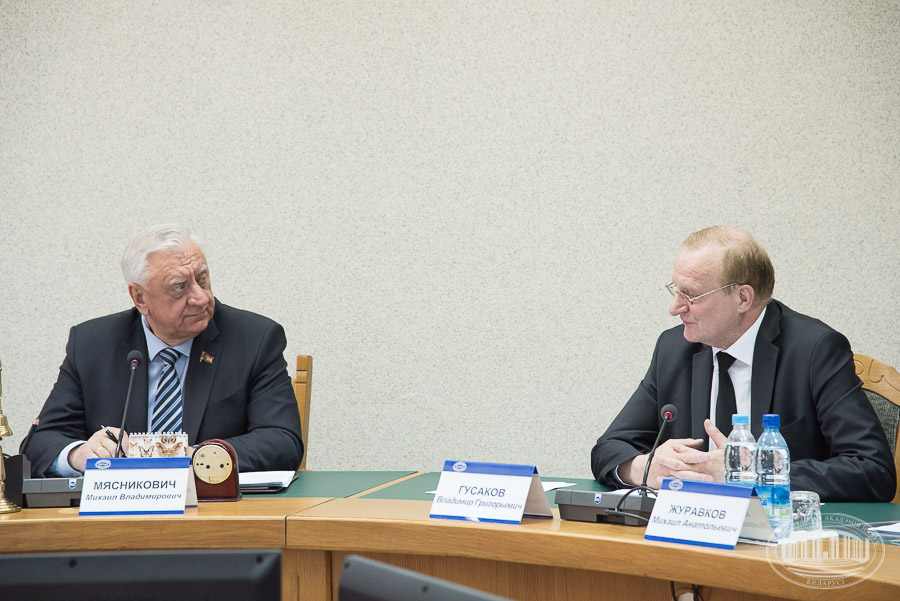 Opening the meeting, Mikhail Myasnikovich stressed the importance of balanced planning of the economy, the need to explore and develop new innovative industries and activities, but also not to forget the competitiveness of existing traditional industries. A special role in this process, according to the Chairman of the Council of the Republic, belongs to young people which intellectual potential should be used more actively. "Young people who have devoted themselves to science are the property of the Republic, — said Mikhail Myasnikovich, — it is necessary in every possible way to support young people coming into science."