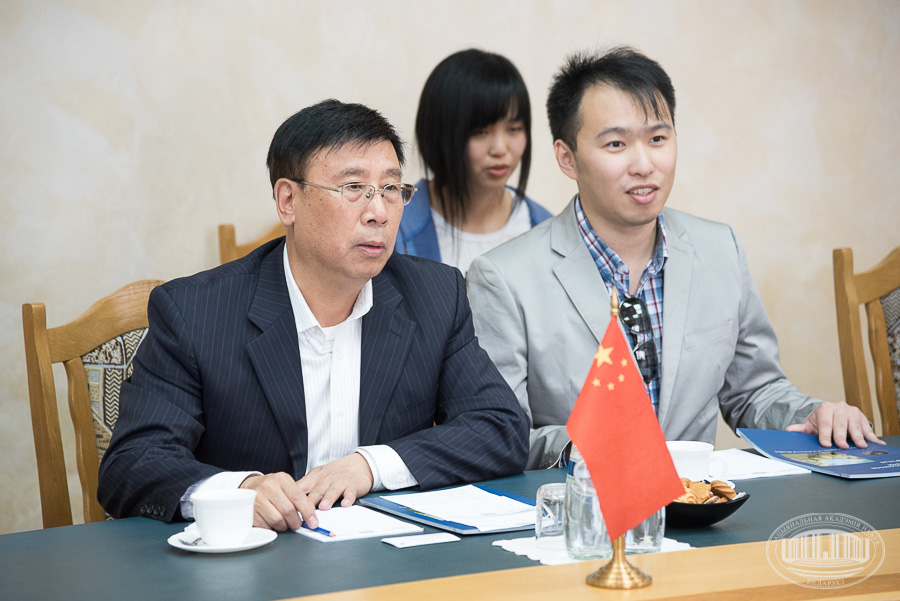 On May 19, 2016 at the invitation of the Belarusian side a delegation from the Academy of Agricultural Sciences of Jilin Province of the People's Republic of China, headed by the President of the Academy Wu Xinhong visited the NAS of Belarus.

At the visit members of the delegation were made familiar with the NASB permanent exhibition "Accomplishments of Belarusian scientists to the production sector" and have negotiated with top officials of the NAS of Belarus on the opportunities and mechanisms of cooperation in the field of agriculture on the basis of signed in October 2015 Agreement between the NAS of Belarus and Academy of Agricultural Sciences of Jilin Province.

During the negotiations, the Chairman of NASB Presidium Vladimir G. Gusakov noted the need to "go in the bilateral relations on the level of interaction between institutions and researchers directly", to identify and implement specific scientific and industrial projects, as well as invited researchers and students from China to study and practice on the basis of the NAS of Belarus. In turn, the delegation of the Academy of Agricultural Sciences of Jilin Province expressed interest in the NASB developments in the field of agricultural machinery and functional food for children and the elderly.