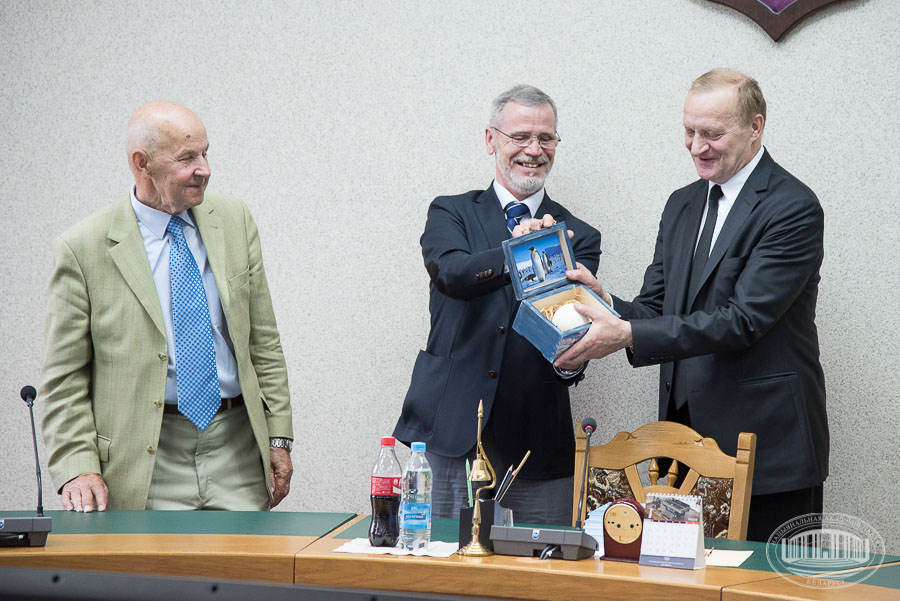 Vladimir Gusakov praised the work of the expedition: "Today following a long-standing tradition we are welcome and thank our fellow - explorers. The expedition returned, all alive and well. All collected materials collected will be submitted to a special commission. I think that will be enough work for a year — until the next expedition," said the Chairman of the Presidium. The expedition leader Alexey Gaidashov noted that "this season, experts conducted a planned complex of works on installation and commissioning of the Belarusian Antarctic station. In particular, in a short time in difficult climatic conditions the expedition built the first three sections specialized module on Gora Vechernaya in East Antarctica."