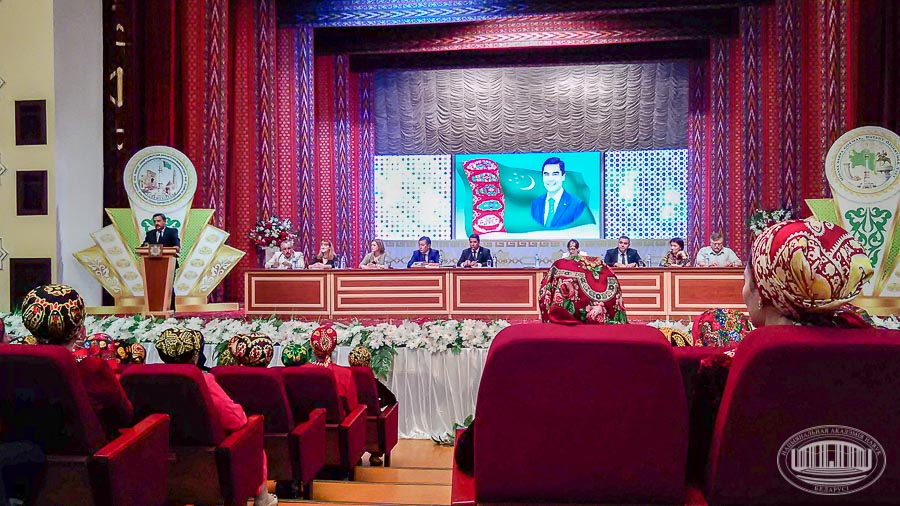 From 15 to 18 June 2016 at the invitation of the Ministry of Culture of Turkmenistan the delegation of scientists from the Institute of History of the NAS of Belarus (V. L. Lakiza, O. N. Levko) and from the Center for Belarusian Culture, Language and Literature Research of the NAS of Belarus (B. A. Lazuko) took part in the International scientific conference “Turkmenistan is the land abundant with spiritual and cultural values”, as well as the exhibition of works of decorative fine art. The conference was held within the framework of the Interstate CIS program "Dashoguz is the cultural capital of the Commonwealth of Independent States in 2016". The conference was attended by historians, archaeologists, art historians, museum professionals from Turkmenistan, Belarus, Russia, Ukraine, Moldova, Armenia, Tajikistan, Kyrgyzstan, representatives of ministries and agencies, academies of sciences and universities, as well as Deputy Chairman of the Executive Committee — CIS Executive Secretary K. Zhusupbekov.

The practical part of the event was aimed at in-depth familiarity with the rich historical and cultural heritage of Turkmenistan, including the State Museum of National Cultural Center of Turkmenistan (Ashgabat), History Museum of Dashoguz, Historical and Cultural Reserve "Kunyaurgench" in the suburbs of Gurganj. Especially significant was Friday 17 June, when a delegation of scientists of the CIS countries took part in the opening ceremony by the President of Turkmenistan Gurbanguly Berdimuhamedov new modern village Bagtyyar zaman ("Happy Epoch").

During the visit the Belarusian scientists were interviewed by the media on the subject of the conference and the prospects for cooperation between Turkmenistan and Belarus, worked through the issues of further development of humanitarian cooperation between the CIS countries and the implementation of future joint projects. 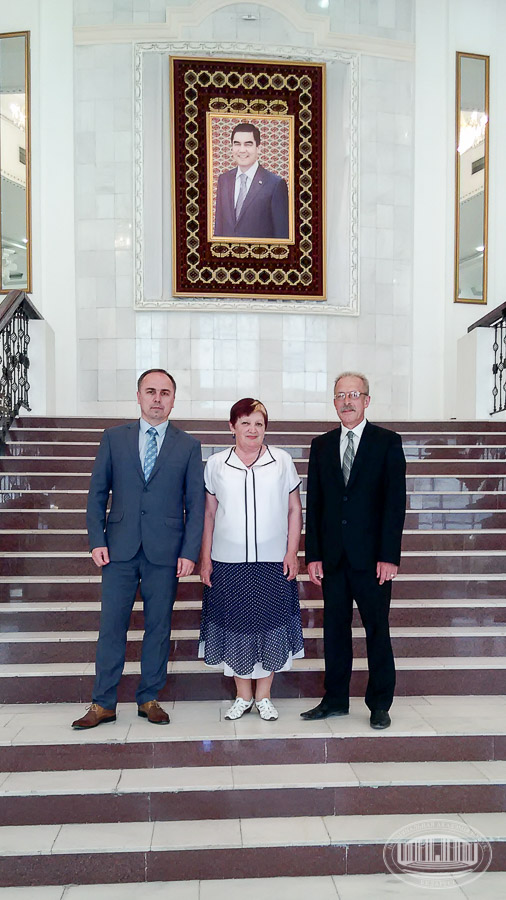