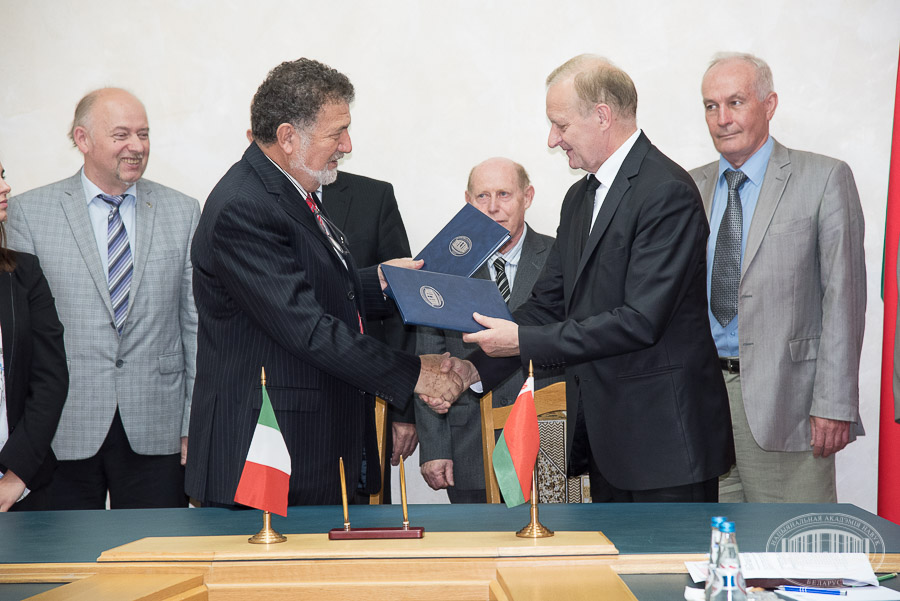 On July 18, 2016 the Director of the International Center for Relativistic Astrophysics Network ICRANet Remo Ruffini visited the NAS of Belarus to sign an Agreement to the Treaty of Cooperation (of September 6, 2013) between ICRANet and NAS of Belarus. During the visit, Mr Ruffini had talks with the management of the NAS of Belarus headed by the Chairman of the Presidium of the NASB Uladzimir Gusakou and signed the Agreement establishing the International Academic Center ICRANet in Minsk to carry out theoretical and experimental research in the field of relativistic astrophysics, gravitation and cosmology in coordination with ICRANet, including the organization of scientific schools, courses, seminars and conferences, coordination of training , implementation of mutual scientific visits program.

It is planned that the establishment of IAC ICRANet-Minsk on the basis of NASB will expand opportunities for Belarusian scientists to participate in new international programs and collaboration, in competitions for international grants, academic staff exchanges with a number of centers in Europe and America, belonging to ICRANet. In addition, the opening of the Center will let Belarus use the European IRAP-PhD program of graduate students training and exchange students with leading European universities.

In turn, Deputy Chairman of the Presidium of the NAS of Belarus Siargiej Kilin noted the success of Belarusian scientists in the field of laser systems, optics, design and manufacture of very precise mirrors that will be used in the established Center and will serve to their further commercialization.

Remo Ruffini also visited the Museum of History of NAS of Belarus, where he left a note in the book of honorary guests.