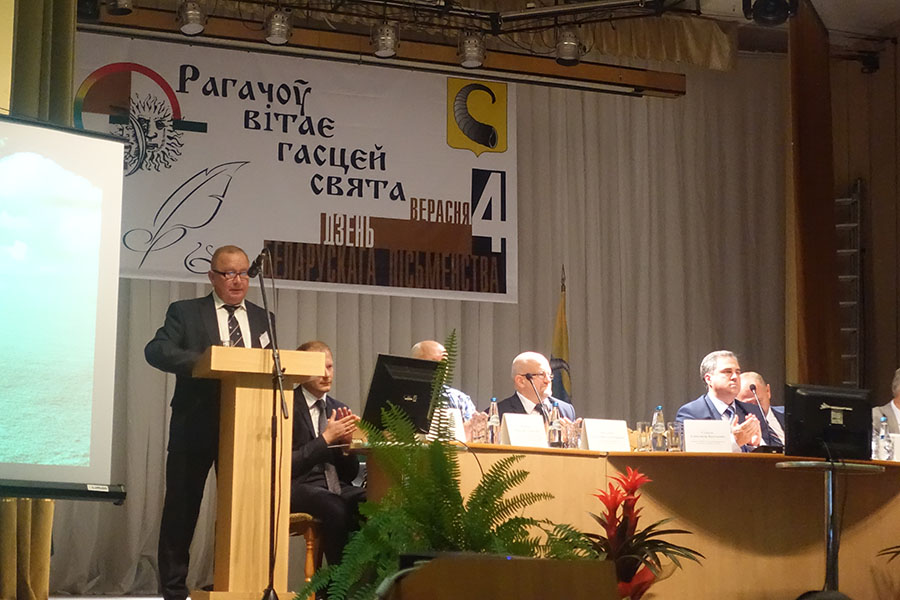 On September 3-4 the NAS of Belarus delegation took part in celebration of the 23rd Belarusian Written Language Day in Rogachev and held the scientific and practical conference “Rogachev Readings 2016” there.

The Conference was held at the Culture House of Rogachev. The Vice Chairman of the NASB Presidium, Academician Aleksandr V. Sukalo opened the Conference. Scientific reports devoted to the study of historical and cultural heritage of Rogachev region, namely toponymy and anthroponymy, folklore and ethnography, history and archeology, language, literature, arts and music, were presented by the NASB Corresponding Members Aliaksandr A. Lukashanets and Sciapan S. Laushuk, Director of the Yakub Kolas Institute of Linguistics Ihar L. Kapylou, Ph.D Tatsiana V. Valodzina and Tatsiana G. Mdzivani and other scientists of the NAS of Belarus and different universities of the country.