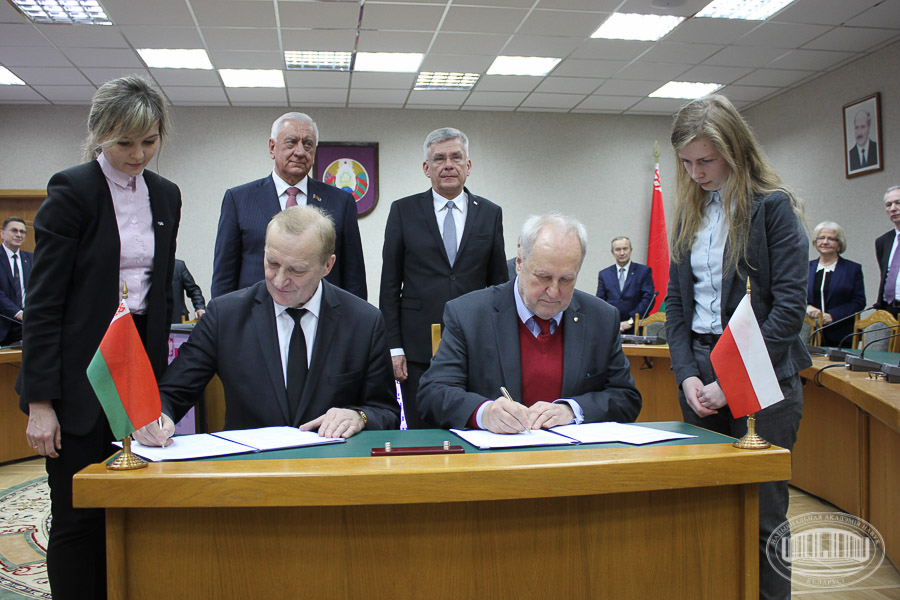 The Academy of Sciences of Belarus and the Polish Academy of Sciences plan to implement joint projects in nano- and biotechnologies, Chairman of the NASB Presidium Vladimir Gusakov reported. In turn, Jerzy Duszynski emphasized the importance of cooperation in science between the two countries. "It is planned to develop cooperation between the Academies of Sciences in various areas. But the most promising are the history, the projects for preservation of Belovezhskaya Pushcha, high-tech, including space," he said. The Academies of Sciences of the two countries have long-standing creative relations. On 21-23 March, at the invitation of the Polish Academy of Sciences, a NASB delegation headed by Chairman of the Presidium, Academician Vladimir Gusakov was in Warsaw on a visit. The goal of the visit was to expand scientific and technological cooperation between scientists of the two countries, and to attend the conference “Polish-Belarusian cooperation in humanitarian sciences.” Belarusian and Polish researchers took an active part in organizing and conducting the international scientific conference “Rational use of natural resources and sustainable development of Polesie Region” held at the National Academy of Sciences of Belarus on 14-17 September. There are plans to revitalize the joint participation of Polish and Belarusian scientists in the consortiums created to implement projects under Horizon 2020, the biggest EU research and innovation program.