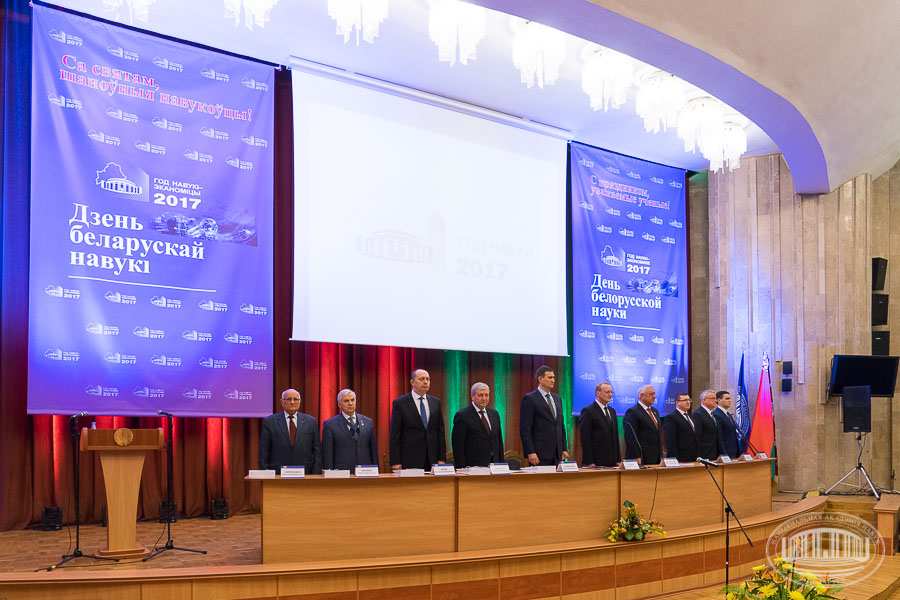 Best national scientists and researchers awarded at NAS of Belarus

On January 27, 2017 the Republican Meeting of scientific community dedicated to the Day of Belarusian Science and the Year of Science took place at the National Academy of Sciences of Belarus.

The best scientists and researchers of the country were given awards. The awards were presented by senior officials of the country, heads of ministries and departments. The NAS of Belarus was represented by the winners of the TOP 10 competition of the best results achieved by the NASB scientists in the field of fundamental research in 2016 and laureates of the NAS of Belarus and the Foundation for Support of Education and Science (Alferov’s Foundation) competition for young scientists in 2016.

As Chairman of the NASB Presidium Vladimir Gusakov noted at the Republican Meeting, the National Academy of Sciences of Belarus was trying to quickly implement its developments. He also noted that the Belarusian science was effective and it was actively developing. “Over the years of sovereign Belarus we have maintained and strengthened its scientific potential. Belarus is one of the top 30 countries on such indicators as the number of patent applications per unit of GDP and the number of applications for utility models per unit of GDP. It is no accident that 2017 has been declared the Year of Science in Belarus. This is not only a recognition of our achievements, but also a huge responsibility”, Chairman of the NASB Presidium emphasized.

On January 26–27, 2017 an extensive exhibition of achievements and the most significant results of scientific, technical and innovation activities of the Republic of Belarus was held in the building of the NAS of Belarus Presidium. Scientists and researchers from 78 national organizations presented more than 500 new innovative scientific developments.