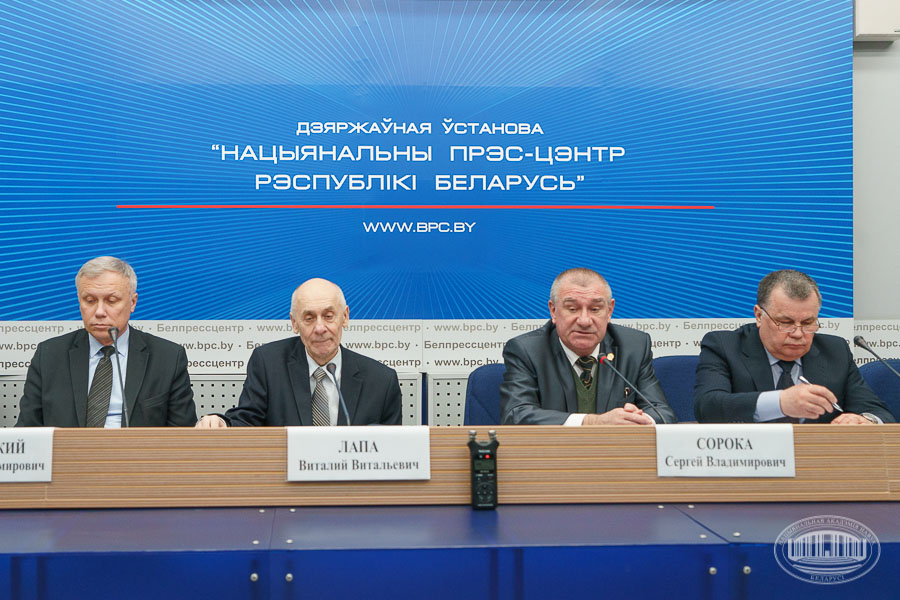 Representatives of the institutes and practical centers of the NAS of Belarus reported about the contribution of their organizations to the agricultural complex development of the country. In particular, Siarhei Saroka noted that 30% of the crops are saved only through plant protection measures, with about 40-50% of the protective chemicals being of domestic production. Director of the Institute of Soil Science and Agrochemistry Vitalij Lapa reported about the development of 69 new forms of complex fertilizers, practically for all types of crops that are grown in Belarus. The production of these fertilizers has been mastered at the Gomel Chemical Plant.

Vitalij Lapa marked the positive dynamics of changes in soil fertility in Belarus due to the correct and justified application of fertilizers and their dosing. "To ensure soils fertility, we not only developed new forms of complex fertilizers, but also a methodology for their application. Today, fertilizer plans are being developed for all the farms, and, according to our methodology, the dose is calculated for each field and each crop," he added.

Dzmitry Luzhynsky, Deputy Director General of the Scientific and Practical Center for Arable Farming, reported about a line of highly productive varieties of crops developed by the Belarusian scientists. They allow to use the potential of soils and climate of Belarus to the maximum extent and to obtain the highest possible yield per unit area. These varieties successfully compete with foreign ones in resistance to unfavorable factors during wintering. "For the first time in three years, we are able to fully provide Belarus with oilseed rape for industry and forage production," said Dzmitry Luzhynsky. Also, grain crops varieties are developed, which can provide up to 6-7 tons of grain per hectare even on medium-fertile soils.

Siarhei Turko, Director General of the Scientific and Practical Center for Potato, Vegetable and Fruit Growing, reported about the development of 13 new potato varieties, 29 varieties of fruit and berry crops, 23 varieties and hybrids of vegetable crops during the period of 2011-2016.