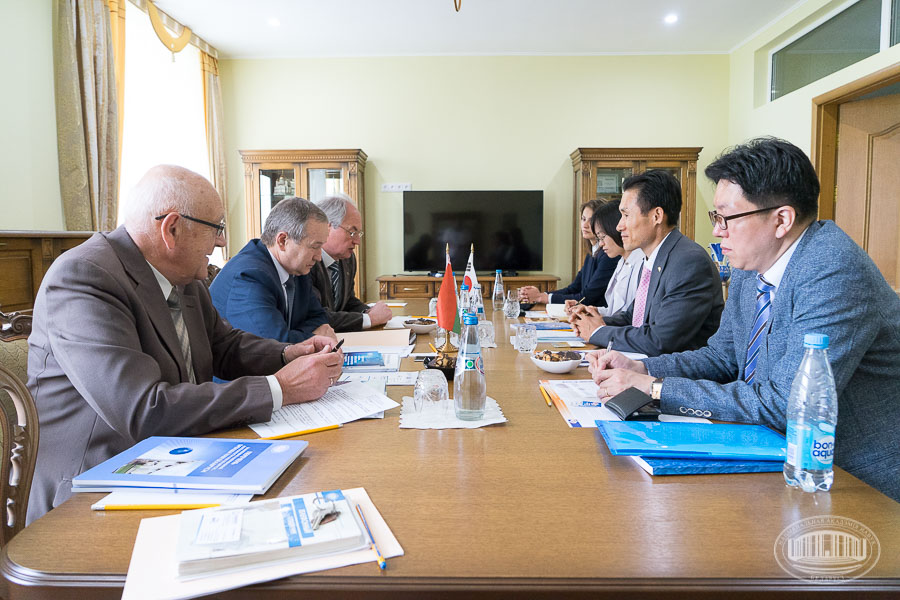 On 8 June 2017, Sergei Chizhik, First Vice Chairman of the NASB Presidium, Sergei Gaponenko, Chairman of the Scientific Council of the Belarusian Republican Foundation for Fundamental Research, and Valentin Orlovich, Academician-Secretary of the Physics, Mathematics and Informatics Department, held talks with a delegation of the representative office of the National Research Foundation of Korea in the Russian Federation. The delegation was headed by Dr. Jong-Deok Kim, Director of the European & African Affairs Office of the NRF of Korea. The parties discussed directions of bilateral cooperation, as well as mechanisms for implementing joint projects.

The Belarusian Republican Foundation for Fundamental Research and the National Research Foundation of Korea have held contests of joint scientific projects since 2012. In 2015, a Memorandum of Understanding was signed with the attached Regulation on joint contests in the field of nanotechnologies, information technologies, energy, and biotechnologies. Since cooperation began, 5 joint contests have been held, in which 26 applications (including 20 from the NAS of Belarus) have participated. 5 projects (including 2 from the NAS of Belarus) have been submitted for the contest of 2017.